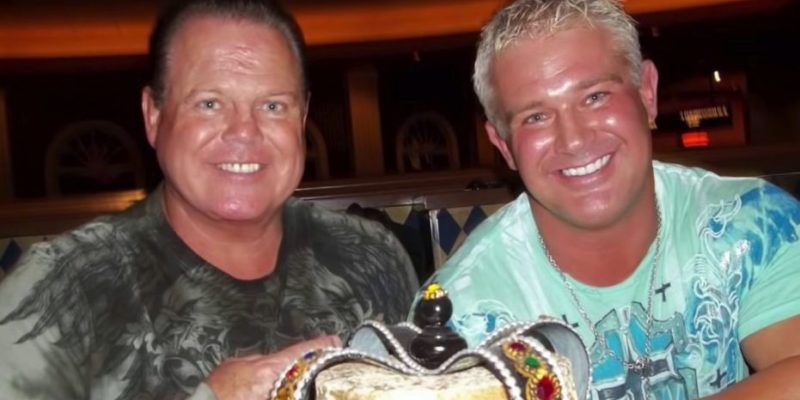 Brian Christopher Lawler passed away two weeks ago from injuries sustained from an apparent hanging. His father, Jerry Lawler, has recently come out, with his lawyer, to state that they don’t believe Christopher committed suicide.

A report by WMC Action News 5 revealed that Lawler and his lawyer, Ted Hansom, said the photos of Brian Christopher’s neck to not line up with the report that he hanged himself with shoelaces.

Hansom said that the pictures, “indicate something other than someone hanging himself with a shoelace.”

Lawler added that it looks like Christopher was, instead, trying to keep the pressure off his neck when looking at his hands.

Just look at his neck and look at his hand. You can see the lines on his neck all the way around here to here and what would be the length of your hand as if he was trying to keep the pressure off.

According to new reports from eyewitnesses at the jail on the day of Christopher’s supposed hanging, there was a scuffle that left him bleeding from the head and didn’t receive any medical attention from staff on hand.