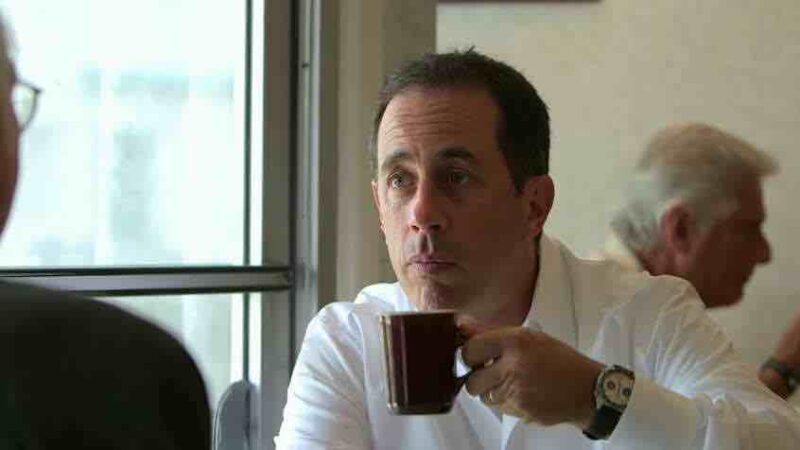 The former WWE RAW Women’s Champion Becky Lynch is desperate to reclaim the title she lost recently. Following her defeat to long-time rival Asuka on RAW last week, she missed out on the opportunity to face Bianca Belair again. This week, she tried to slide her way back into the title picture. During one of the segments on the show, ‘Big Time Becks’ referenced the legendary Seinfeld on RAW.

Becky Lynch spoke to Adam Peace regarding what happened last week in a backstage segment and convinced him to book a rematch between her and Asuka. The stipulation stated that if Lynch wins, she will be added to the RAW Women’s Title match at Hell in a Cell.

During the segment, Big Time Becks was seen wearing a white puffy shirt. The shirt is a throwback to the show Seinfeld. The shirt was worn by Jerry Seinfeld in Season 5, Episode 2 of the legendary sitcom. It’s an episode titled ‘The Puffy Shirt.’

You can see the shirt she wore below:

Previously, the former WWE and WCW writer Vince Russo had slammed Lynch and alleged her donning cosplay outfits. He spoke about the matter during Sportskeeda Wrestling’s Legion of RAW as he said:

“First of all, Becky Lynch is coming into the ring in a full cosplay outfit,” said Russo. “What is the first thing she does? She strikes her poses and after all that, she starts cutting this promo about how she has hit rock bottom. So she wants to sucker us in that she’s hit rock bottom and then she’s going to turn it around. ‘Oh no, I’m gonna be mean or I’m gonna be like this.’ That’s the premise of the promo. But if she wants us to believe she has hit rock bottom, she should walk in street clothes, disheveled, head hung, no cosplay outfit, no striking a pose, and then very seriously take the mic.”