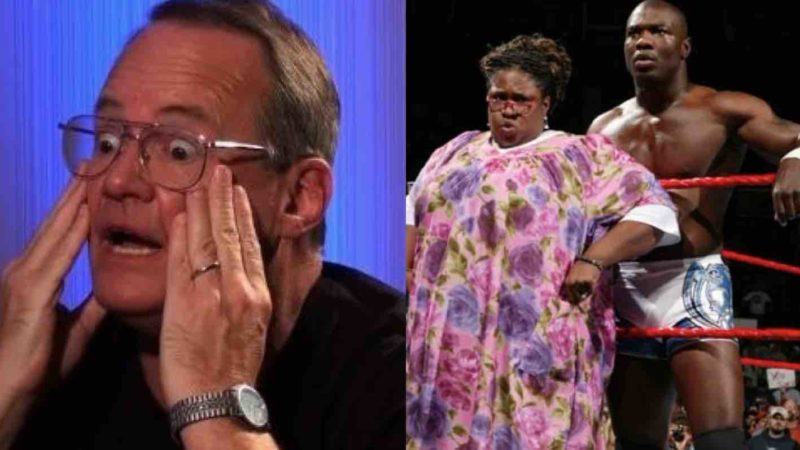 On the latest episode of the “Jim Cornette Experience”, host and former WWE writer Jim Cornette and co-host Brian Last reviewed the Cody Rhodes – Peter Avalon match that took place during the most recent edition of AEW Dynamite. During this review, when Jade Cargill came out during the match, Cornette exclaimed how the AEW diva and former bodybuilder looks like current WWE superstar Shelton Benjamin ‘in a wig’. Wrestling-Edge transcribed Cornette and Last’s comments below.

Cornette: Actually I froze this and I yelled out to Stacy [Cornette] because it was the long shot of her on the stage. She doesn’t know what’s going on during this program and she came out from the kitchen and I yelled: “look at Shelton Benjamin wearing that blonde wig” because she loves Shelton.

Cornette: She looked and said: “is that Shelton?!” *laughs*

Cornette later would continue on this topic on his show by saying the following:

Cornette: The point is, Jade Cargill, she might be something someday but she ain’t gonna be today, tomorrow or any day next week. She is green as grass, over her head, it’s awkward to watch. A lot of people are saying she’s beautiful, some people like to have their balls nailed to a step stool also. I think she has the legs of Rhyno, the upper body of Shelton Benjamin but nevertheless the only time I’ve seen anyone this unprepared – any female this unprepared who was being pushed into a major spot in the wrestling business is if somebody was currently sleeping with her or if somebody wants to sleep with her. I don’t know which one of the two is applicable here but I know that it’s one of them.