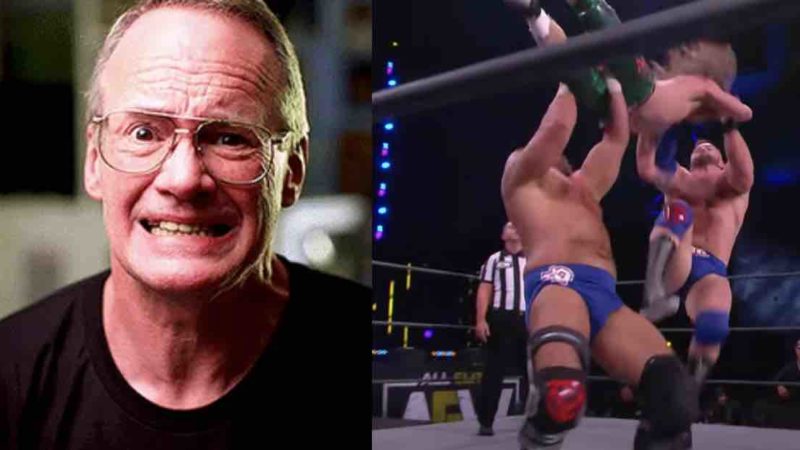 Jim Cornette announced that he is ending his friendship with FTR, formerly known as The Revival, after they agreed to wrestle and sell for Marko Stunt on AEW Dynamite last week. Cornette buried Stunt insulting his short height, and claimed that FTR are now ‘dead’ for not resisting facing Stunt, who was tagging with Jungle Boy. Wrestling-Edge.com transcribed Cornette’s comments from the Jim Cornette Experience.

Cornette said, “Here’s another friendship I’m going to have to end that I wish would have gone longer.”

“There’s another great tag team, and two quality guys, that I regret saying anything good about.”

Cornette also ripped Tully Blanchard for not helping FTR and getting them to change the match, saying Tully is probably happy for getting his first wrestling paycheck in 30 years.

Jim added, “After this match, FTR is as dead as any type of attraction on this program, and probably the biggest personal disappointment of anybody I have been a fan of, because I thought these guys were serious.

“Who would have thought that it would be an FTR match that would make me say fuck this whole show? Because that’s what happened, after this match I turned the show off.”

Cornette said he would have looked forward to seeing Serena Deeb wrestle, and seeing Darby Allin vs. Brian Cage.

“If I hadn’t been so disgusted by the complete evisceration and castration of the best heel team in the business, I would have watched the rest of the program.”

FTR’s Dax Harwood tweeted last week, “This shit kicking is all in the name of Jim Cornette. I want to beat Marko Stunt so bad, he leaves professional wrestling and never returns to embarrass this business again.”

Cornette responded today, “This didn’t age well–if you’re going to do high school cheerleading routines with a circus sideshow attraction instead of what you promise to do, and embarrass yourself on national TV in the process, don’t invoke my name before you do it.”