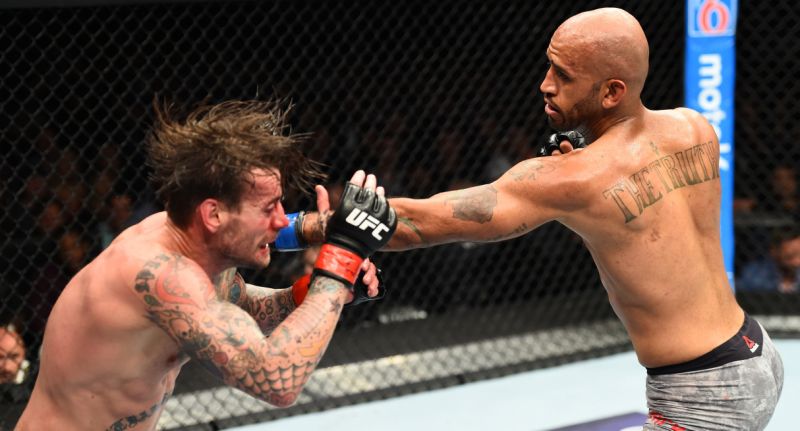 CM Punk went into his second fight in the UFC 0-1, after losing to Mickey Gall, who now has a record of 4-1 with four submission victories, back in September 2016. His opponent at UFC 225 was Mike Jackson, another fighter who Gall had defeated and was entering the octagon that night 0-1.

Punk made his way to the end of the fight, with the bout going to Jackson via decision. While he took some serious damage throughout the three rounds, Jackson was never able to put Punk away.

With his record now sitting at 0-2, many consider CM Punk’s venture into the sport of MMA a failure. Jim Cornette responded to a fan’s question on if Punk’s career in the UFC could have hampered his ability to return to the world of pro wrestling, or if he has any value left in the business after his loss back on June 9.

He could draw a house anywhere he went tomorrow just for the novelty of ‘Is this the only time you’re ever going to see him?’ Etc. If you can promote something that people want to see as a once in a lifetime thing, then yeah, it’s gonna get over. Just don’t do it again too soon or it’ll spoil the gimmick.

Did he make wrestling look bad? No. He would’ve in the days where guys needed to legitimately be considered tough. That’s why you never saw the equivalent of a boxing champion vs a wrestling champion, and the closest thing was Ali vs Inoki.

You can check out the rest of the podcast here.

CM Punk already made it crystal clear that he’s done with professional wrestling, but do you see him possibly joining another fighting promotion?