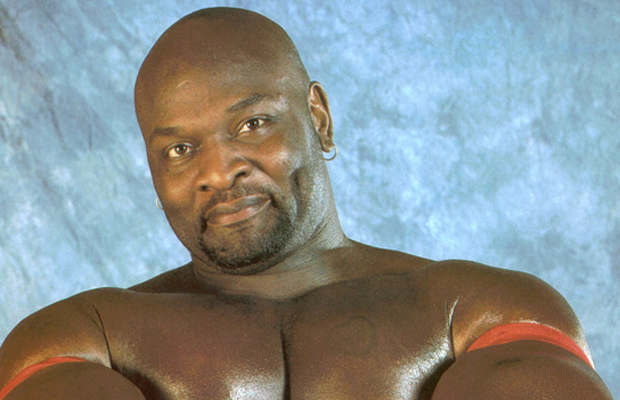 Ahmed Johnson might go down as one of the most unfortunate instances of uncaptured potential in pro wrestling history. He had all the chances in the world to excel but he couldn’t pull the trigger. WWE lined him up with a great push consisting of an IC Title run and a feud with the Nation Of Domination but things just didn’t work out for Johnson

Jim Cornette told one story about Ahmed Johnson after he left WWE on a recent episode of Jim Cornette’s Drive-Thru.

“My favorite Ahmed story was what he did to Dennis Coralluzzo when finally his brief career — I mean he went from main eventing WWF pay-per-views and two years later he’s working for Dennis Coralluzzo in Rahway, New Jersey or where ever, that’s about how it happened.”

“But in that instance, Dennis had booked him and he was in his hotel — Ahmed was in his room and Dennis sent a guy to pick him up to take him to the show and Ahmed didn’t want to ride in the guy’s car and said ‘I need a limousine’ and refused to leave the hotel — after flying to New Jersey from apparently from Texas he refused to leave the hotel in wherever the f-ck D-ck Lick New Jersey it was to go five minutes to the f-cking high school unless he had a limousine.”

“So Dennis announced at the show on the PA system in front of a sold-out crowd that Ahmed had refused to come to the show from the hotel to wrestle for those fine folks because we didn’t send a limousine for him so if you’d like to call him and express your displeasure his number is boom-boom-boom and gave the number and the room number and people called him all f-cking night.”

“So he flew to New Jersey, didn’t work, didn’t get paid cause he didn’t get a limo, didn’t didn’t get any sleep, and went back f-cking home — that’s the last I’ve heard of Ahmed Johnson. He was the sh-ts.”

Credit for the quotes goes to Jim Cornette’s Drive-Thru and Still Real To Us for the transcription.