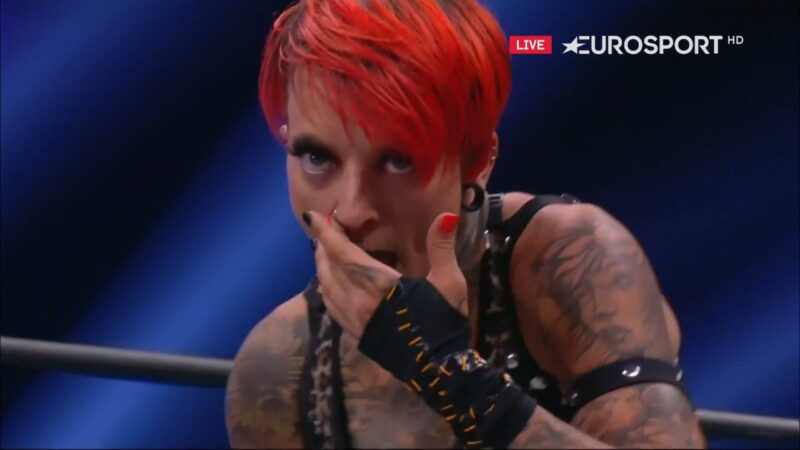 AEW All Out 2021 has certainly lived up to expectations so far as during the Casino Battle Royale for a shot at the AEW Women’s World Championship, Ruby Soho, the former Ruby Riott debuted to win the match by eliminating Thunder Rosa. However, while Ruby was all smiles during her debut, after the match’s conclusion, Jim ‘JR’ Ross, AEW commentator referred to Soho as her former ring-name which surely took some wind out of the sail of the moment. You can view the moment below. Ross also botched this moment on AEW Dynamite recently as well.

In other AEW news, AEW President Tony Khan previewed tonight’s mega pay-per-view event ahead of the show during a recent interview with Bleacher Report. Credit to the outlet for the below.

“I think this would be a great entry point to get back into wrestling,” he said. “We launched two years ago and have built a great audience in a short time. I think we have a good track record of providing good PPVs and this is by far the best one yet. It has the most exciting lineup with the most star power. We’ve got the great wrestling that our fans have been accustomed to getting and have devoted their attention to.

Khan continued: “This show is going to bring back fans who haven’t watched wrestling in a long time, and I am going to be cognizant of that and try to make sure we deliver something very special that will make them want to keep coming back.