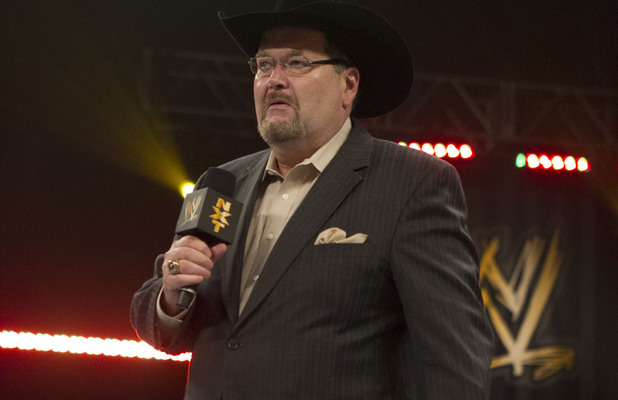 JR will be at NXT Takeover: Chicago

Legendary professional wrestling announcer Jim Ross took to social media to confirm that he will be part of the broadcasting team at the upcoming NXT Takeover event this Saturday in Chicago. JR will join Nigel McGuiness in the commentary booth to call the championship matchup between Tyler Bate and Pete Dunne.

Jim Ross (James William Ross) is one of the most well-known and widely respected sports-entertainment personalities of all time, and has worked as the lead play-by-play commentator for the WWE since 1993. The 65-year old worked full-time with the company until 2010, after which he’d make sporadic appearances in WWE.

Ross has been calling matches for NJPW (New Japan Pro Wrestling) since 2015 and has dabbled in a few indie promotions as well. He returned to WWE to call the Undertaker’s retirement match against Roman Reigns at Wrestlemania 33 last month, following which it was revealed that he has signed a 2-year deal with the promotion.

JR took to Twitter to confirm that he will, indeed, be a part of the commentary team at NXT Takeover: Chicago at the Allstate Arena in Rosemont, Illinois on May 20th, to call the UK Championship match-

NXT Takeover: Chicago will be headlined by a title matchup as NXT champion Bobby Roode defends his belt against Hideo Itami. Women’s champion Asuka defends her strap against Ruby Riot and Nikki Cross, whereas The Authors of Pain defend their tag-team titles against DIY.

The card also features the aforementioned WWE United Kingdom championship match as champion Tyler Bate defends his strap against Pete Dunne. With good ol’ JR calling the match, get ready to be amped up folks! Bate vs Dunne, here we go!