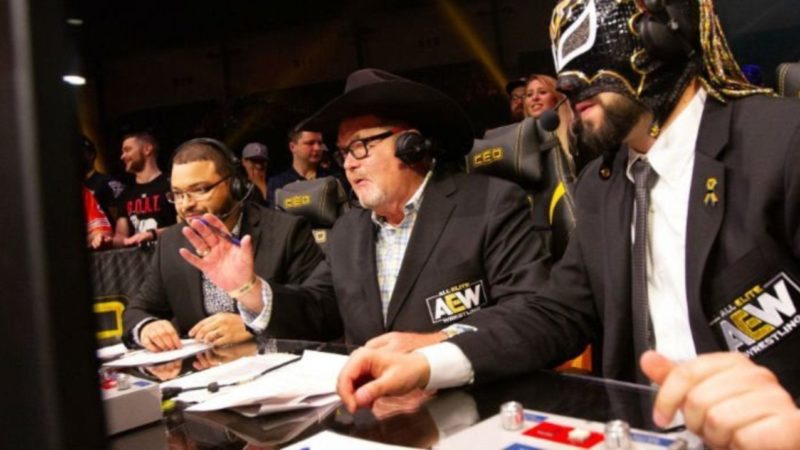 The Hall Of Famer joined the Busted Open Radio show on Sirius XM. Among other things, he talked about the younger stars in the company and how they adapted to performing on live television.

“A lot of them come to me to ask questions,” said JR. “You gotta get beyond the fact that, ‘man, I’ve dreamed all my life that you were gonna call one of my matches.’ Okay, cool. Thank you, I’ll do my best.”

He also talked about rules changes that have been implemented into AEW programming, some of which he does not particularly like.

“The issue is, not everybody listens. They think that somethings [in the industry] ‘suck’. We don’t have tag ropes anymore because some of our crew think it’s lame. I think it’s bullsh*t. Heels need rules to break.”

JR would elaborate further, saying “you need shortcuts to gain an unfair advantage. It’s just common sense, it is basic human instincts. The heels when they get out and wrestle? They cheat. It’s never changed, it’s not going to change.”

“Most of them listen in and are appreciative” Jim Ross would continue. “I can tell when their eyes go off the topic. If I’m talking to you and you ain’t looking at me in the eye? You ain’t listening. So why should I waste my breath?”

What do you think of what JR said? Let us know in the comments below.