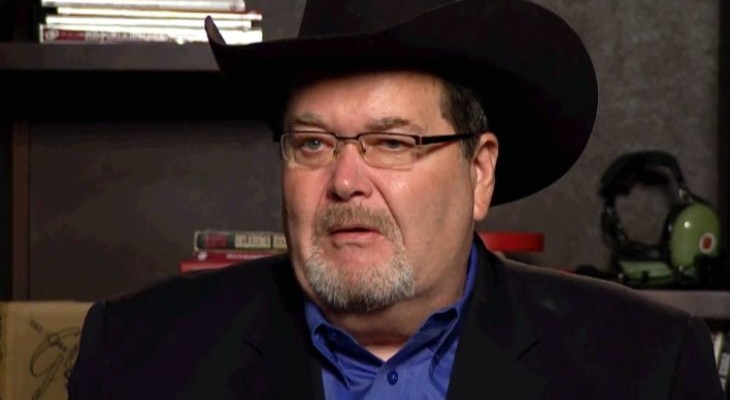 WWE Hall of Famer Jim Ross has posted a new blog entry over at his website where he gives his thoughts on this Sunday’s WWE Hell in a Cell pay-per-view event that features the John Cena U.S Open Challenge and The Undertaker vs. Brock Lesnar. Ross also commented Tyler Breeze’s main roster debut on Thursday’s episode of SmackDown. Here are the highlights.

WWE has a golden opportunity, no pun intended, to do some water cooler talk-like business this Sunday at the HIAC event in Los Angeles in the US Title Open Challenge offered up by the title holder John Cena. The table is perfectly set for a challenger to take a giant step in becoming much more relevant if they defeat John Cena for the United States Title.  Cena is and will remain WWE’s biggest, full time star no matter the outcome of Sunday’s US Title match but what Cena can do is elevate a talent into the much needed main event sphere of WWE.  With Cena stepping away from WWE for a few weeks to apparently tape a new TV show for Fox, or so I’m hearing, giving another wrestler the ‘rub’ elevates the new champion and gives Cena a destination, if desired, when he returns.

I’d love to see WWE take a bold more on this matter come Sunday notwithstanding taking other calculated risks to move additional talents up the ladder. It’s not an impossible feat if one has the courage to pull the trigger and try a new, creative approach. How about Samoa Joe getting the valued, Cena  ‘rub?’

On Brock Lesnar vs. The Undertaker:

Been asked a lot about the outcome of the Lesnar vs. Taker match inside HIAC Sunday and I see Brock winning. Could there be a strong piece of creative waiting in the wings for this match? Will another competitor, or more, get involved? Could Lesnar AND Taker both be left down at the end of Sunday’s show or does that simply defy logic? That could help ‘make’ multiple heels to a large degree. If Lesnar wins and there is an opportunity, do the two warriors shake hands at the end of their battle? No matter the extracurricular stuff than may transpire, I’ve got Lesnar winning the match.

Enjoyed antagonist, Tyler Breeze’s debut Thursday  night on Smackdown and the Lance Storm Wrestling Academy product has some viable, old school traits that WWE should be able to monetize. Would WWE be so bold as to have Breeze upset John Cena to become the new WWE Champion Sunday in LA? Stranger things have happened in the biz over the years.