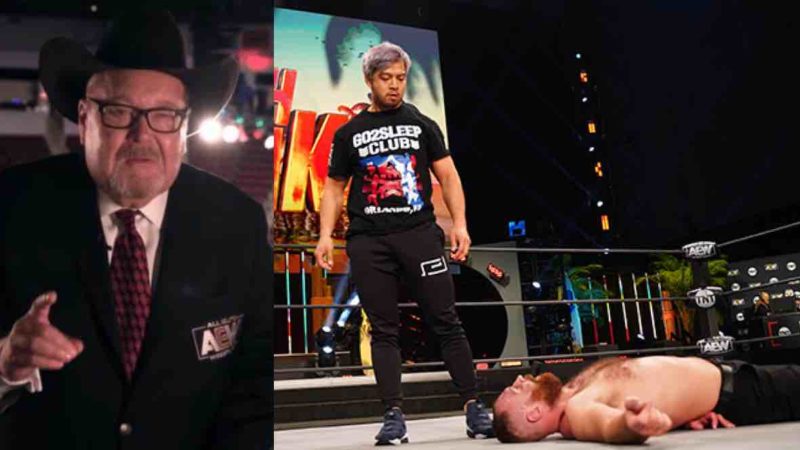 Jim Ross has reacted to a fan telling him that many casual fans who watched AEW Dynamite last night would have little idea about what is going on with KENTA, the Bullet Club, and New Japan Pro Wrestling’s current storylines after the show’s ending with KENTA delivering a GTS to Jon Moxley.

A fan tweeted JR, ” honest question, and it’s meant to be a question not a critique. Is the casual fan gone? On the Kenta thing, Excalibur kind of explained who he is, but is Average Joe viewer now just assumed to know New Japan, etc? I know (some of) that stuff, but imagine casuals may not.”

JR responded, “Good points…thanks.” Jon Moxley will team with Lance Archer next week against Kenny Omega and KENTA in a Lights Out match, with the Bullet Club members teasing tension in a video filmed after Dynamite last night.

Tony Schiavone also said he was confused by AEW Dynamite’s ending on the post show, but said in the coming weeks on Dynamite we would learn more about KENTA and the Bullet Club storyline.

Dave Meltzer has confirmed that AEW and NJPW are officially working together, and the the pandemic both sped up the process of them teaming up, but logistically is slowing things down in terms of executing certain things.

#AEW Exclusive
We caught up with @KennyOmegamanX & @KENTAG2S moments after the shocking conclusion of #AEWDynamite, and Kenny issues a challenge. pic.twitter.com/EyvL9sMnao