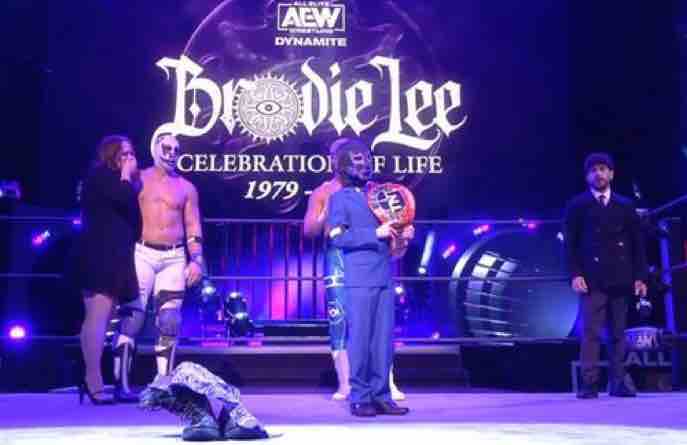 AEW commentator Jim Ross recently revealed that he has made a promise to the son of Brodie Lee. Brodie Lee Jr was recently crowned the ‘lifetime TNT Champion’ on AEW Dynamite, during the incredible show that was in tribute to his father.

JR would discuss how he met up with Brodie Lee Jr for the Jacksonville Jaguar game recently, and how he promised to call Brodie’s ‘world title match’ that he hopes to have down the road.

“When he wrestles for his first World Title? I promised that I would announce that match. “That’s just me, and you know I wanted to make him happy. And he thought that was the coolest deal. So apparently his dad had been saying nice things about me and my work or whatever. And the little boy remembered it and thought that was pretty cool.”