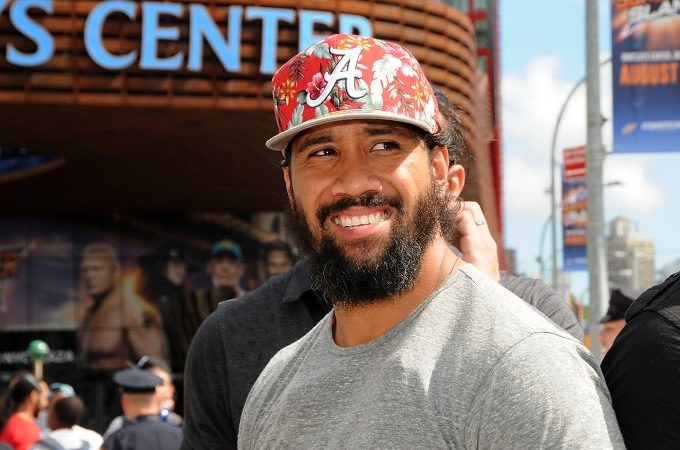 What is WWE planning for Jimmy Uso?

It is noted that Jimmy’s return to WWE was more than a one-off appearance as he has recovered from injury and is back for good.

Ringside News had asked around WWE’s plan for the Usos after their reunion on SmackDown. They reported that right now it is all about how the Usos and Roman Reigns’ “soap opera” progresses. WWE is not considering to put the spotlight on The Usos as the Tag-team as of now.  Roman Reigns Getting Major SummerSlam Match?

It is understood that “the plans for the SmackDown Tag Team Titles do not include The Usos at the moment.” However these are all subject to change as the world of WWE is unpredictable.

Jimmy Uso was featured on this week’s edition of SmackDown as well. He was challenged by Reigns to beat Cesaro on the show.

Jimmy and Cesaro had been battling back and forth until Reigns interfered to attack The Swiss Cyborg. The ending of the show saw Cesaro standing tall on The Tribal Chief and The Usos.

He is set to challenge Roman Reigns for the WWE Universal Championship at WrestleMania Backlash.