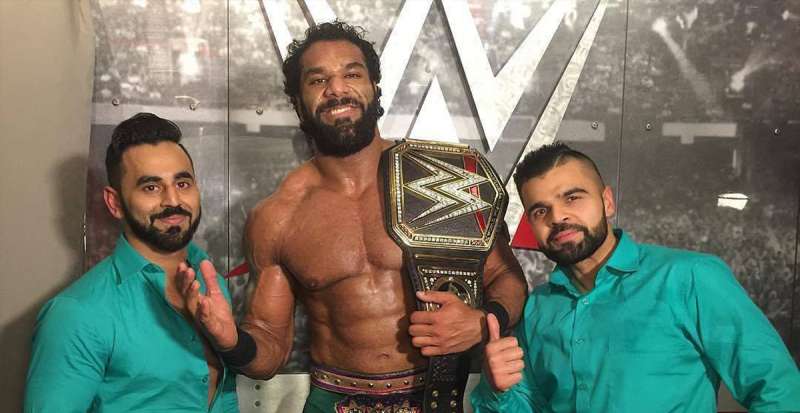 After his unpredictable Championship victory, Sportskeeda caught up with the new WWE Champion Jinder Mahal and talked to him about various things.

When asked about the backstage reaction regarding his win, especially of the boss Vince McMahon, Jinder said that the reaction was very good:

“The backstage reaction has been very good. Vince was very happy. He was really proud of me because Vince knows how much work I’ve put in. And, I told Vince, “Hey Vince, my goal is to come back every week and improve. Every time you see me perform I’m going to get better on the mic, going to get better in the ring and I’ll be in better shape every week.”

Talking about his Raw counterpart, the WWE Universal Champion Brock Lesnar, the new WWE Champion said that he has no problem with Brock being a part timer:

“I have no problem with Brock Lesnar being a part-timer because he’s earned that spot. He’s a multiple time champion in WWE, a former UFC Champion, NCAA amateur wrestling champion so his accolades speak for themselves.”

Though when asked about the message he will like to give to the Beast, Mahal said that the ‘Maharaja’ does what it takes to be a full-time champion:

“My message to Brock is that the Maharaja does what it takes to be a true champion, a full-time fighting champion willing to take on anybody – whether it’s Brock, Cena, Randy Orton, Roman Reigns or anybody.”

Finally revealing when he find out that he’ll be winning the prestigious championship, Mahal said that he got to know about it on the day of the PPV itself:

Jinder Mahal’s victory came as a shock to the majority of the WWE Universe. Now it would be interesting to see how long the title stays with him.