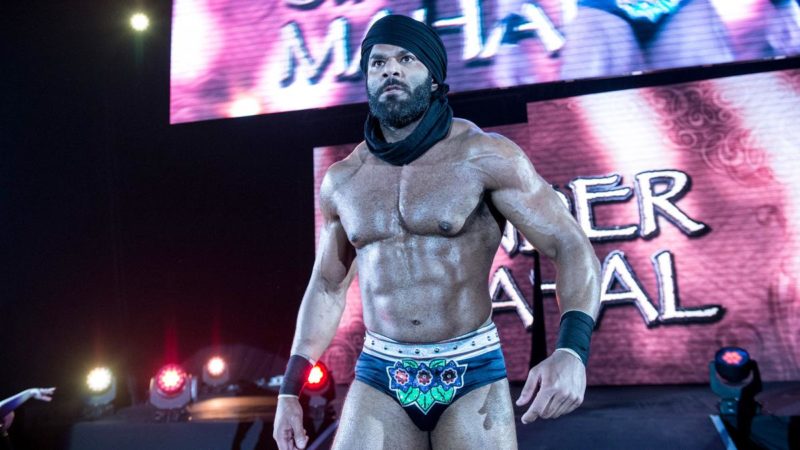 WWE has posted a new video of Jinder Mahal discussing his victory over Randy Orton at WWE Backlash. Mahal captured his first WWE Championship and stated that he plans on holding the title for a very long time. Jinder also told his doubters and the WWE Universe to get used to him as WWE Champion. You can check out the full backstage interview in the video below.

WWE also uploaded this photo of Mahal and the Singh Brothers posing with the WWE Championship after Backlash.