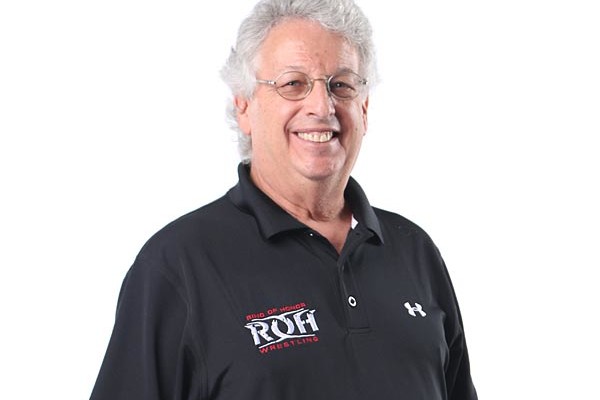 Does Ring of Honor want to reach or can reach a level of financial success that has been achieved by WWE?

“They are a 60-year-old sensation. I started watching the World Wrestling Federation — it was called Capital Wrestling at the time — when I was a youngster in New York. I used to watch it on Thursday and Saturday nights from 9-11 on Channel 5, WNEW, and Ray Morgan was the host, and it was with Vince McMahon Sr. That’s when I was exposed to the Bruno Sammartinos and the Gorilla Monsoons. That’s really when the WWE was born when Bruno won the belt from Buddy Rogers in 47 seconds and created this brand new wrestling promotion. I grew up on that. It was the WWE of its time, selling out Madison Square Garden and selling out Boston Garden.

This is a continuing process, now in its third generation, and I don’t think it’s to be competed with on that level. That’s their business. Sports entertainment as they call it is their primary business. Ring of Honor is a business, and our business is wrestling. It’s an operating unit and a content providing unit for a very large broadcast company. So I hope that our level of wrestling attracts and is attractive to [fans].

When you look at [WWE’s] talent, where are they coming from? Of course they have an unbelievably strong developmental program, but not too long ago on one of their programs — I can’t remember if it was Raw or SmackDown — they had a top contender’s match, and three of the four contenders were Ring of Honor [wrestlers]. So I think we’re achieving on those levels. I don’t ever think we can get to the WWE’s size, because it’s not what we’re trying to be. We’re not trying to be WWE. We’re trying to be Ring of Honor, and as Ring of Honor, we present that product as Ring of Honor.”

What are you looking for to be successful and how big do you want to grow Ring of Honor?

“To be successful, we have to keep putting out a product that fans want to see. Our growth in the arena business has grown every single year [since the Sinclair Broadcast Group bought it]. Our rating are solid. Our pay-per-view numbers keep going up. So as a business, we are progressing very nicely. It’s not at a fast pace, because we’re not built to grow at a fast pace, and we don’t have to. Don’t forget, we’re backed by the largest broadcast group in the country with 172 stations in 70 markets. One of the things about business — and I look at our business as a business — is that when we went into this wrestling business in 2010 and then started it in 2011, is because at that time WWE, which was the only national scoped promotion on TV, chose to leave the over-the-air platform to go to a cable platform. I saw that it was a great opportunity for our company [Sinclair Broadcast Group] to get behind this product [Ring of Honor], which has always been on TV from its inception.

TV and wrestling are synonymous as programming and delivery. In the old days, TV was needed to drive these wrestling events on a weekly basis throughout their territories. So there’s always been this warm and loving relationship between TV and wrestling. So from the business perspective, what was attractive to me and what was attractive to David Smith, our CEO and one of the most visionary men in business, was the fact that we were able to create something that had a very strong barrier of entry. We had the distribution. At that time I think we were on 33-percent of the country. Now Sinclair covers 40-percent of the country. With Comet TV, we add another 80-million homes. With our syndication on NESN and Cox Sports South and in Atlanta and markets like that, we get another 15-percent of the country.

Distribution is what wrestling needs. We have the distribution. It would be very difficult — and that even includes WWE — if the fortunes changed where the big cable networks decide to go, ‘You know what? Instead of paying you guys, you need to pay us to show your programming.’ I’m not saying that’s coming soon, but I don’t think it’s far fetched to think that could happen. I like what we’re doing as a business, and I think our business is content, and our business is distribution, and our business is putting together a product that the fans are willing to pay money for, and when they leave the arena, they felt they saw the best wrestling that they could ever experience.”