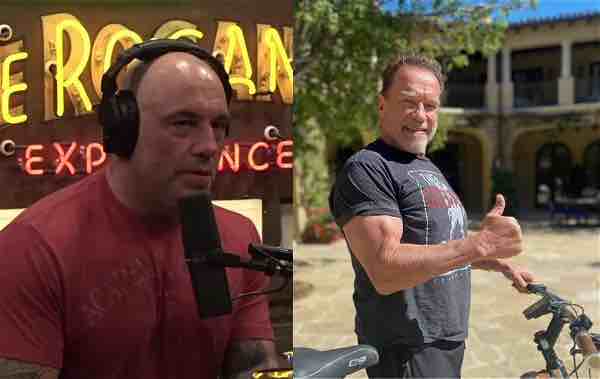 In episode #1841 of The Joe Rogan Experience, Rogan was in conversation with stand-up comedian Brian Redban. While looking at a picture of Arnold Schwarzenegger, Rogan said:

“If you look back at like Arnold, look at that picture of Arnold up there. They say that he couldn’t compete with today’s bodybuilders. But honestly, I think that looks better.”

“He looks f*****g fantastic… He looks like a super-strong giant man.”

Pointing towards a photo of Schwarzenegger doing the double bicep pose, Rogan said:

“He looks f*****g fantastic. I mean, obviously, he’s a bodybuilder. No question about it. But I think that’s like a healthier look, a better look for a bodybuilder.”

He also reacted to another legend in bodybuilding. Joe Rogan reacted to Ronnie Coleman, who is one of the greatest bodybuilders to live. Coleman, in his bodybuilding career, won eight Mr. Olympia titles. And Joe Rogan spoke highly of Coleman.

Looking at a photo of Coleman, Rogan was astonished and appreciative of Coleman’s size. The podcast host said:

Rogan also spoke about how Coleman injured his back because of lifting heavy weights. Rogan said:

“Ronnie Coleman was known for lifting really, really, heavy weights, which is how he wound up injuring his back, He had like every disc in his back fused.”