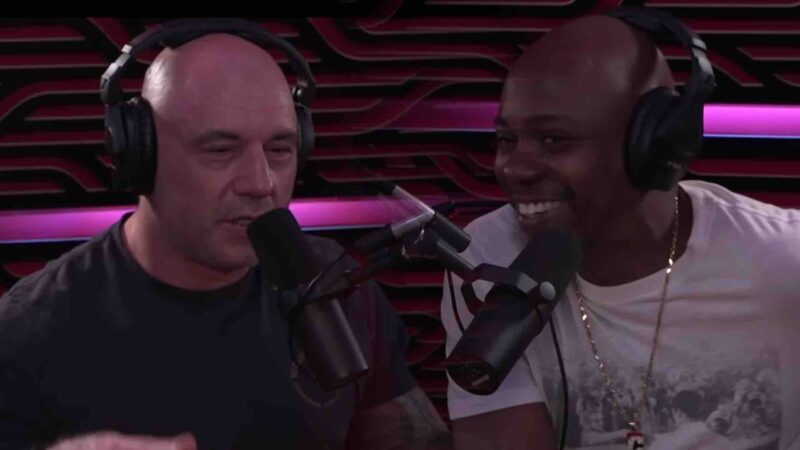 On his podcast, ‘The Joe Rogan Experience‘, the former Fear Factor host talked about his experience sitting up close for one of the most anticipated boxing matches of the year with Dave Chappelle.

“Chappelle and I were in the third row, which was amazing. We were like, right there and then this guy comes over and says, ‘You guys have to move. These tickets are not yours.’ And Dave goes, ‘I’m Dave Chappelle. I’m not moving anywhere.’ Literally says it like that. He’s wearing sunglasses. He’s the coolest guy that’s ever lived. So the guy comes back and said, ‘These seats are actually for Travis Scott, but we want to put you on the ringside.’ Dave and I look at each other and we’re like, ‘Okay!’

“‘So they take up from the third row to the no row. It’s not even a row. You’re f*ckin’ right there dude. We’re sitting like where the officials sit. It was incredible. They were right there. It was really good and we saw, I think the last six rounds like that. Something like that, but it was a good fight. It was a really good fight.”