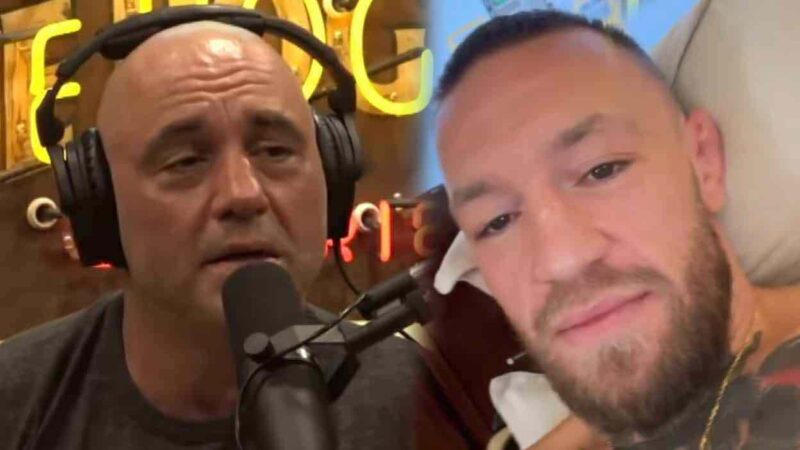 Joe Rogan is currently one of the most popular personalities in the world of MMA, largely thanks to his commentary skills and also his podcast. Conor McGregor’s crazy message to Joe Rogan was also leaked recently.

Joe Rogan talked about Conor McGregor’s claims of stress fractures during his podcast.

“Conor apparently went into that fight with a cracked shin already. He had gotten a stress fracture on his shin, and got it scanned and there’s even photographs of his scans, and was putting pads on it. I think what he was trying to do was, he was trying to spar during camp with no shin and instep pads. That’s what I’ve been told. I don’t know if it’s true.”

“Whenever anything happens, you’ll get like a bunch of text messages from guys, ‘I know a guy from Conor’s camp, says Conor was sparring with no shin pads.’ I don’t know if that’s true, but that’s a rare thing for someone to spar. He was so hell bent on destroying Dustin Poirier, he might’ve done something like that, and then it wound up costing him.”