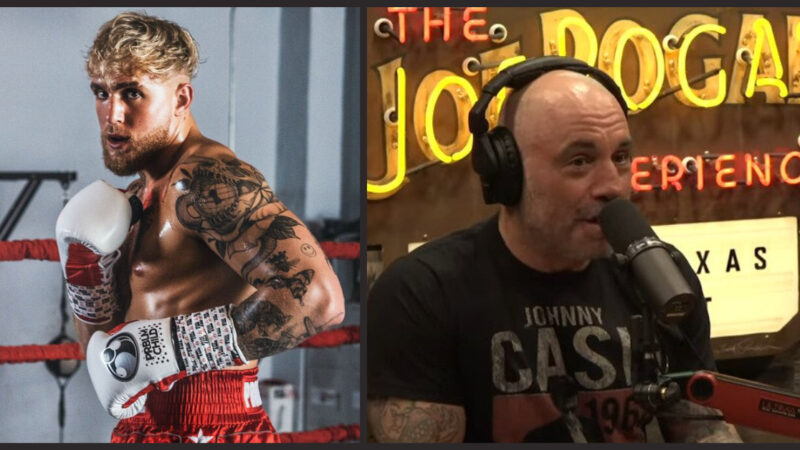 Jake Paul was also set to face off against Tommy Fury on December 18th after months of build up, but then Tomy Fury had to pull out of the match at the last minute, which led to a lot of frustration and disbelief. Thankfully, Tyron Woodley accepted a rematch on short notice and will now take Tommy Fury’s place in the boxing match later on this month.
In the end, Jake Paul defeated Tyron Woodley for the second time as he knocked out Woodley with a solid right hand during the sixth round. Many fans were under the impression that the boxing match was staged.
Joe Rogan recently spoke on The Joe Rogan Experience show, where he said that Jake Paul and Tyron Woodley’s boxing match was not rigged at all.

“He [Paul] has been saying that he’s suffering from slurring words and loss of memory already. Yeah, it does not take long if you spar a lot… He is f***ing good though. Like people want to pretend he’s not because he is a YouTube guy. But the way he knocked out Tyron Woodley, that is f***ing skillful. He’s got real f***ing power. Meanwhile, the f***ing casuals are thinking it is fake. You’ve seen that? It is silly.”