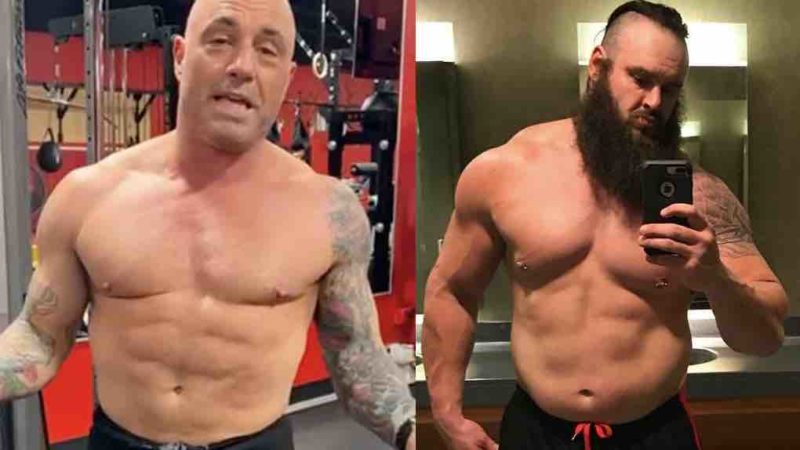 Braun Strowman has denied using steroids, but the accusations never stop. Known for decades as “The Land of The Giants” WWE has had its fair share of massive competitors. However, for many years, that was partly due to heavy steroid use, which left Vince McMahon in hot water in 1993.

In the decades since, the substance has been publically banned from locker rooms, though that hasn’t stopped wrestlers in the sport from using what they could to reach their peak physical condition. The Undertaker was the latest guest on The Joe Rogan Experience, leading to a discussion about steroids in wrestling. Undertaker confirmed he used steroids himself.

Wrestling-Edge.com transcribed and recapped this portion of the interview. While speaking to The Undertaker, Joe Rogan brought up the subject of steroid use in modern day WWE. When asked who the biggest man on the roster is, Taker named Braun Strowman. When Rogan saw a picture of The former Universal Champion, he began to crack up.

“Oh Jesus, come on son. Are we trying to say that guy doesn’t do any steroids at all? This is preposterous.”

The two men shared some laughs, but The Deadman also spoke about the strict testing policy that the company has, and Rogan deemed it possible that someone could get to the size of Braun Strowman without help. However, he was incredibly skeptical.

You can check out the full episode with The Undertaker here. Braun Strowman has been off of WWE TV for a little while now, rehabbing an injured leg. Reportedly, he shouldn’t be out much longer.