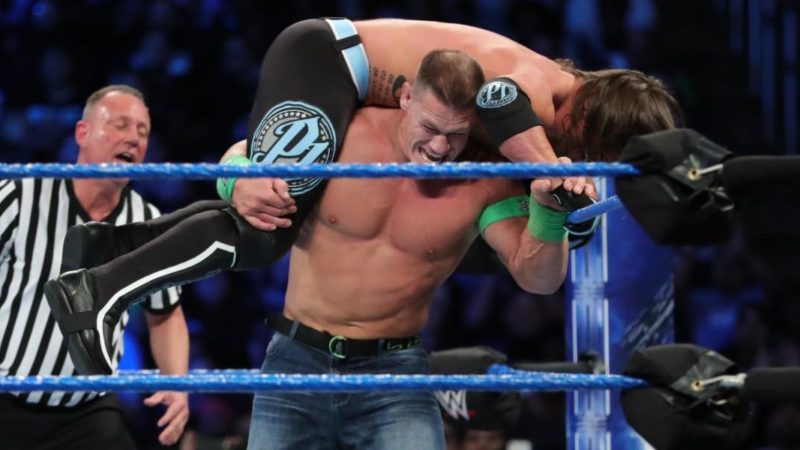 As we noted before John Cena returned to SmackDown Live this week, opening the show and was immediately given an opportunity to compete for the WWE Championship at Fastlane.

For the title shot, he had to beat the current WWE Champion AJ Styles in a one on one, nontitle match which he did in the main event of the show and as a result, Cena has now been added to the WWE Championship match at the upcoming PPV.

This development is opposed to the previous rumors of John Cena facing Shinsuke Nakamura at the show but it makes more sense as it would save the loser of their bout from looking weak right before WrestleMania.

Though with the Styles vs Nakamura match being a highly anticipated bout, it’s not very likely that the title will change hands at the final WWE PPV before the Show Of Shows.