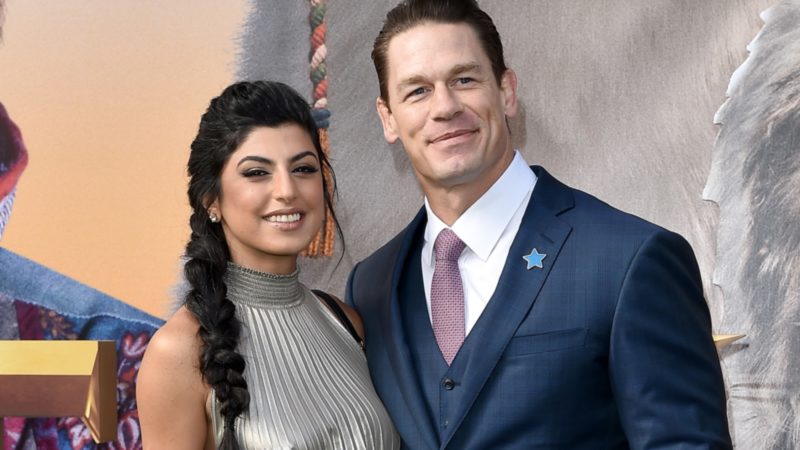 We noted before how the 16-time world champion John Cena tied the knot with his girlfriend Shay Shariatzadeh earlier this month and the two officially became husband and wife.


Now a new video published by WFLA shows the 16 Time World Champion and his new wife Shay Shariatzadeh posing with their marriage application outside of the Hillsborough County Courthouse.

In the video taken this past Friday, the two are seen coming out of the courthouse and posing for a number of selfies with the document before walking away:

Cena and Shariatzadeh, who have been dating since February 2019 then went on to make their marriage official this past Monday when the reports originally came out.

The couple reportedly met at a restaurant in Vancouver but they have mostly kept their relationship private and neither of the stars have posted any photos of the actual ceremony on social media.