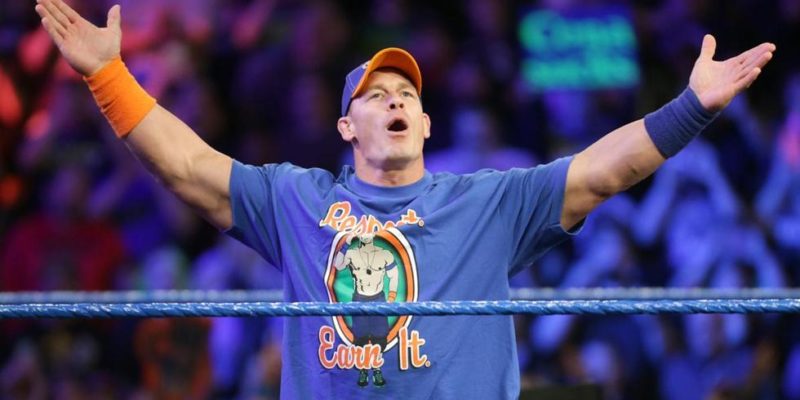 John Cena has been breaking out of the WWE shell more and more over the past years, appearing in various TV shows and movies. However, a picture was leaked recently of the 16-time Heavyweight Champion possibly auditioning for a classic children’s tv series, “Blues Clues.”

Adweek senior editor Jason Lynch tweeted a picture of Cena on stage dressed as Steve, the main character of the series, claiming that the Cenation Leader was auditioning for the role.

While it does look like Cena was caught red…er…green handed, there’s another possibility to the story. Cena is hosting the Kid’s Choice Awards this year, which airs on March 24. It’s possible that this is part of a variety of skits he’s taped for the show.

Do you think John Cena would make a good Steve?