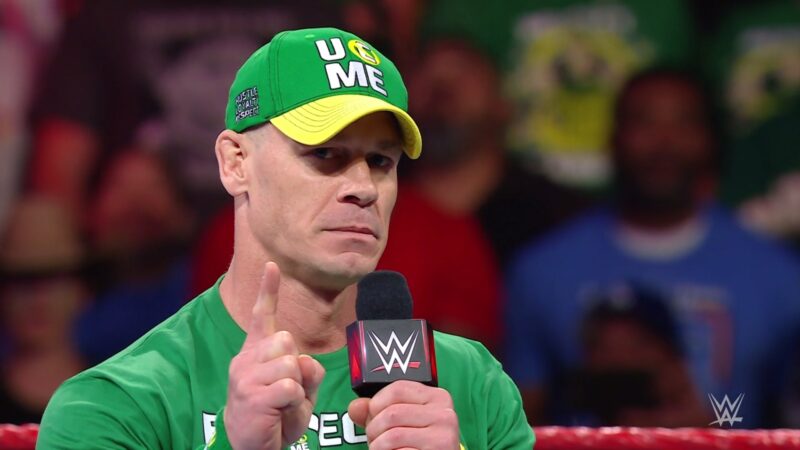 John Cena had a very strong message for the legendary Bianca Belair after tonight’s edition of SmackDown after the show had went off the air. WWE Allegedly ‘Sabotage’ AEW Dynamite.

This all came to a head when Cena had some business to take care of, after SmackDown. The former World Champion sided with Dominik and Rey Mysterio in a six-man tag team match against Roman Reigns and The Usos after Smackdown had ended to give the live crowd a treat.

Before the match though, John Cena came face-to-face with SmackDown Women’s Champion Bianca Belair on the entrance ramp. Belair was leaving the spot after suffering a beatdown at the hands of Sasha Banks. Cena tipped his cap for The EST Of WWE and the latter nodded at the WWE veteran as well. Cena then approached the ring to a loud ovation.

Could this lead to a huge faction or alliance on Smackdown? Imagine a stable filled with John Cena, Bianca Belair, Dominik Mysterio and Rey Mysterio. Wow, that could for sure bring in a great crowd as it looks like AEW will be having Daniel Bryan and CM Punk soon with the (low) possibility of Brock Lesnar also jumping the ship to the black and gold brand.

Special thanks to Sportskeeda