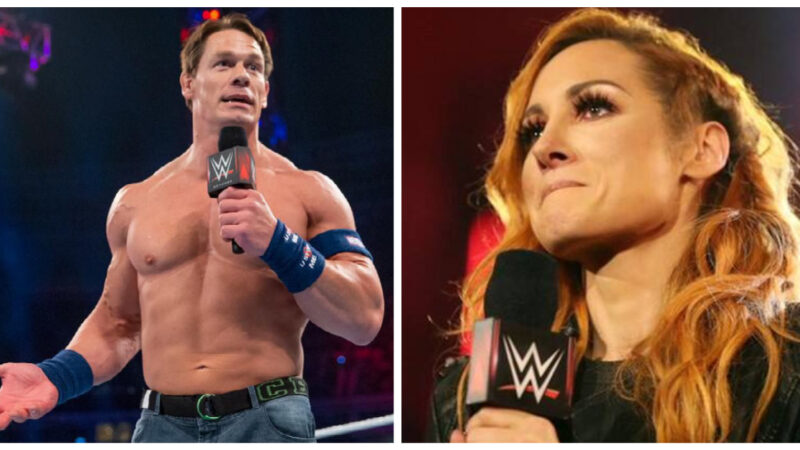 John Cena is a 16-time World Champion in WWE, being the face of the company for over a decade. This was until he shifted to a part-time schedule back in 2017. Many fans have been wanting to see Cena make his return at this year’s WrestleMania but it is doubtful it will even happen. He has also worked in several films over the years, including Fast and Furious 9, The Suicide Squad and others.  John Cena was also humiliated by Brock Lesnar at his WWE SummerSlam match.

Becky Lynch returned at WWE SummerSlam as well last year and defeated Bianca Belair in a 26-second squash to win the Smackdown Women’s Championship, in a moment that shocked fans. Belair recently spoke with talkSPORT’s Alex McCarthy, Bianca Belair revealed the advice John Cena gave her after she got squashed by Becky Lynch.

‘”I really got to talk with John Cena a lot after the 26 seconds moment at SummerSlam. He really just gave me a lot of great advice and keep the right perspective of everything.

The gist of what he said was ‘moments like this you can really use to propel you. You see how much the fans really get behind you.’ For me, out of that, I was able to look at the longer picture, the bigger picture, and hopefully, one day, it’ll come back full circle; who knows.”