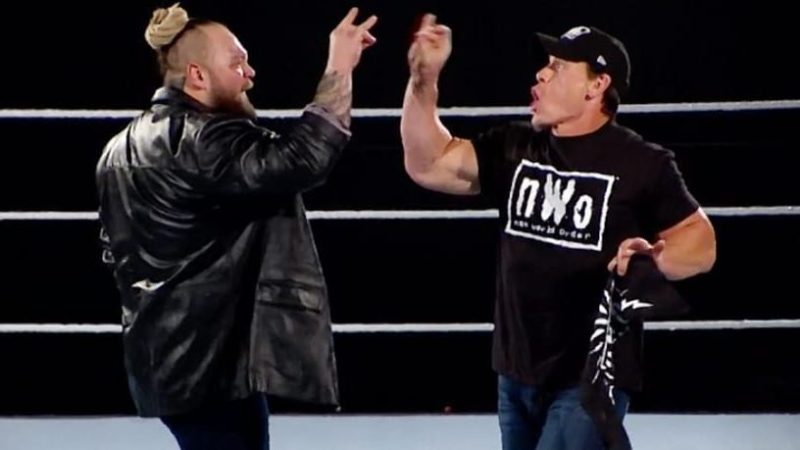 WWE star John Cena recently made his surprising return to the company at Money in the Bank pay-per-view. He also made his return on RAW and announced that he would be appearing on SmackDown as well this week. In his opening promo, Cena mentioned his last match with Bray Wyatt at WrestleMania, saying fans are likely wondering how he escaped the Firefly Funhouse at WrestleMania.

It has been reported that Cena will not stick to one brand and will be featured heavily on both RAW and SmackDown as well as house shows.

John Cena is set to miss a couple of shows

It has been noted that Cena is a part-time star but he will be working almost as a full-time performer for a short duration to help WWE bolster the ticket sales for live events. WWE Break Silence On CM Punk Return Rumor

The marquee match for which Cena has been brought back will take place at SummerSlam when he takes on Roman Reigns for the Universal Championship.

However, Dave Meltzer of the Wrestling Observer Newsletter now reported that WWE initially planned to have a show on August 8th in Gainesville, FL featuring Cena.

But the plan seems to have been shockingly nixed. Another planned event in State Farm Arena in Atlanta has also been nixed by the company.

“WWE also canceled one show Cena would have appeared on, on 8/8 in Gainesville, FL, which had 2,233 tickets out. The other cancellation, which was strange, was the 9/17 Smackdown tapings from the State Farm Arena in Atlanta. After a two-day pre-sale, they had about 1,700 tickets out, which would be very little since that includes the comps,” stated Dave Meltzer.

He will make an appearance on WWE SmackDown in Cleveland on the 23rd of July. Here is what Dave Meltzer reported regarding Cena’s schedule: