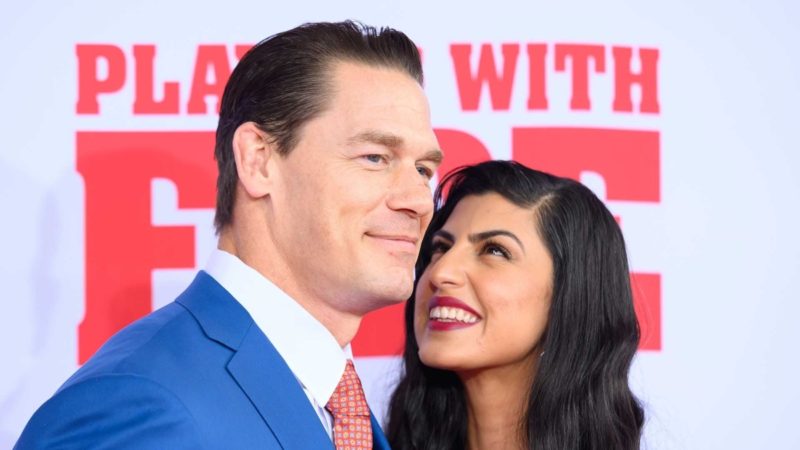 John Cena and Shay Shariatzadeh got married on October 12 in Tampa, Florida, according to a report by PW Insider.

“WWE star and actor John Cena and his longtime girlfriend Shay Shariatzadeh got married on Monday 10/12 in Florida, PWInsider.com has confirmed with multiple sources.”

Wrestling Inc has also noted that Mike Calta on his radio show on 102.5 The Bone in Tampa, FL announced about the wedding. Calta said that he has seen the marriage license himself.

The couple has been seeing each other for a little over 1.5 years. Reports say they were first spotted together in around February, 2019. Cena and Shariatzadeh mostly kept their relationship private and away from the public eye.

They made the relationship public for the first time in October, 2019. The couple attended the red carpet premiere of Cena’s movie Playing With Fire together.

John Cena is the new face of Honda

The WWE Superstar will be lending his voice on Honda commercials for their ‘Rugged’ brand campaign. The campaign will promote their new 2021 Passport and Pilot SUV and the redesigned 2021 Ridgeline truck.

Jay Joseph, the Vice President of Automobile Marketing at American Honda Motor Co., Inc. spoke highly of Cena in the statement they released.

“John Cena is known for his toughness and strength, but he also has a lot of heart and he’s a real car enthusiast, making him a perfect fit to be the new voice of Honda.”

John Cena also reciprocated the sentiment. He praised Honda for their products and community involvement.

“I’m looking forward to this new relationship with Honda because I’ve always been a big fan of Honda products and how deeply involved they are in the community.”

We define who we are when we persevere in the face of obstacles. Proud to be the new voice of @Honda, starting with this message that encourages people to ”Rise to the Challenge.” pic.twitter.com/S7PgmkYq11

The fans last saw John Cena on WWE television at WrestleMania 36. He went up against Bray Wyatt in an epic Firefly Funhouse Match. The epic showdown saw Bray Wyatt score one of the biggest victories of his career over John Cena. The match itself was one-of-its-kind, circling around a nightmare-like throwback to their own careers and the history of pro wrestling.

Congratulations to the happy couple!