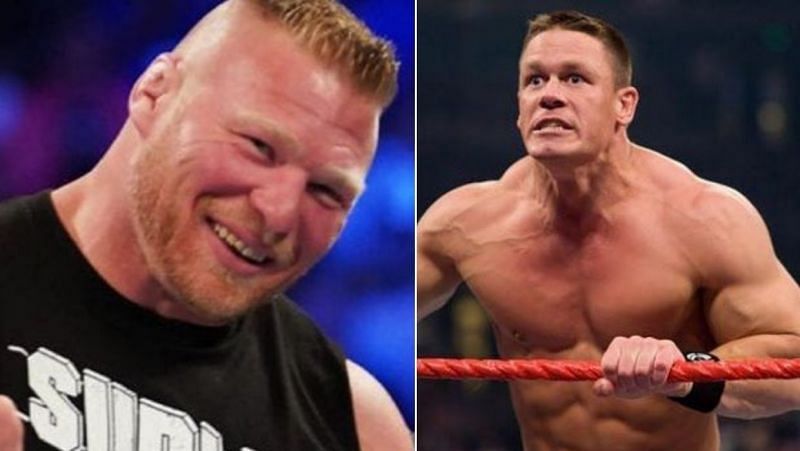 Lesnar hit a couple German suplexes on Cena before an F5 to leave the former champ laying. #SummerSlam [@brianwohl] pic.twitter.com/W6lKEidU7z

This story was published prior to SummerSlam: Brock Lesnar is undoubtedly one of the most dominant pro wrestlers to have ever competed inside the squared circle. He had two tremendous runs in WWE, both of which resulted in him winning major World Championships and being a huge draw for fans. Brock Lesnar has been absent from WWE television ever since he dropped the WWE Championship to Drew McIntyre at WrestleMania 36 last year. Brock Lesnar was also previously called out by a Superstar from Monday Night RAW.

For a very long time fans have been waiting for WWE Champion Bobby Lashley to finally square off against Brock Lesnar in a singles match. However, it has yet to happen and there seems to be a huge reason for that.

Former WWE writer Vince Russo recently spoke on the Writing With Russo series, where he wondered if WWE’s decline in ratings could be why Brock Lesnar has yet to return to WWE television.

“So, bro, now you gotta start asking yourself the question, is Brock looking at this waning audience and saying, ‘Wait a minute, man, you guys are down to what? 1.5 [million viewers]? No, bro.’ If he’s in a financial situation where he doesn’t have to do that, maybe that’s what he’s doing, and I don’t blame him.”