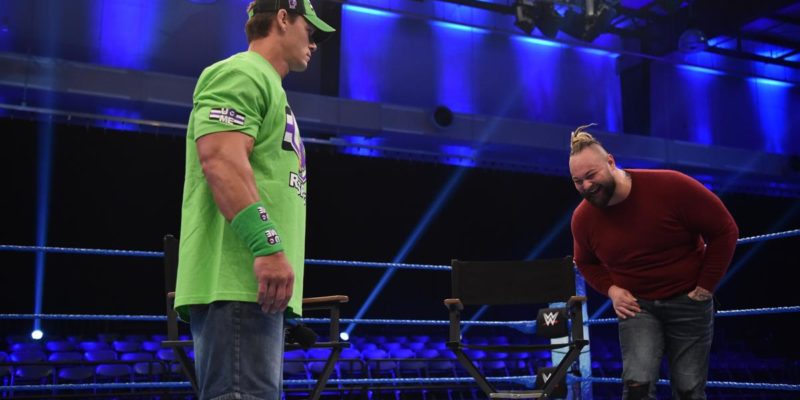 At WrestleMania 36, Bray Wyatt will get his chance to seek revenge on 16-time WWE World Champion, John Cena, as the two men are set for a highly-awaited showdown at The Grandest Stage of Them All.

Having lost to Cena in his WrestleMania debut in 2014, Wyatt will look to even the odds against the former, only this time it will be ‘The Fiend’ who will be staring Cena across the ring instead of The Wyatt Family leader whom Cena had beaten six years ago.

In the lead-up to their ‘Mania clash, both Cena and Wyatt have hyped-up their match to the fullest and have taken multiple digs at each other, as well. In another recent Instagram post, Cena took a shot at Wyatt’s past when he went under the alias of Husky Harris during his initial days in WWE as part of The Nexus.

Cena and Wyatt for the first time in years, however, the question remains if WWE will add an interesting stipulation to their clash.