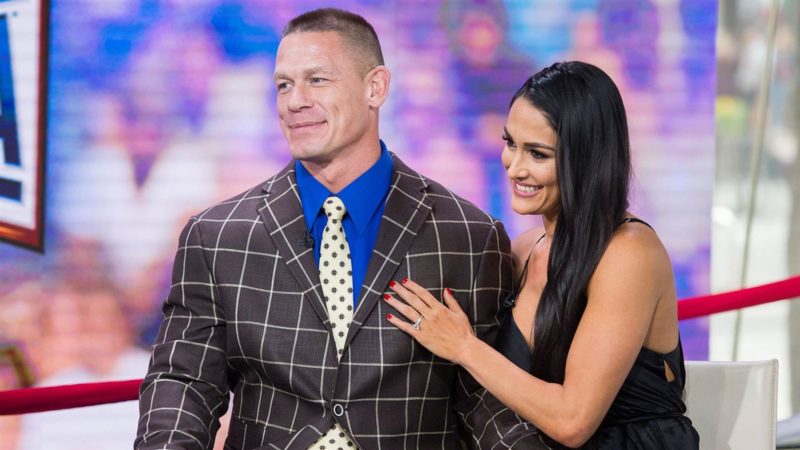 Same as Raw last night, SmackDown Live also had an updated video package to open the show tonight. The updated video included snippets of superstars who either debuted on SmackDown recently or were moved from Raw during the Superstar Shakeup.

Although what’s interesting to note here is that both John Cena and Nikki Bella were left out of the video as seen below:

Both Cena and Nikki have not appeared on SmackDown Live since they defeated Miz and Maryse at Wrestlemania 33 and more importantly since the Superstar Shake Up. John is said to busy with his other projects outside WWE and her fiancee is reportedly rehabbing from some nagging injuries.

The fact that Chris Jericho who is also on a hiatus from WWE has been given a spot in the video but Cena has not, has started many rumours including the one which says that he might be moving to Raw.

Though Cena is currently scheduled to be part of the July 4rth episode of SmackDown Live and things should become clearer after that.