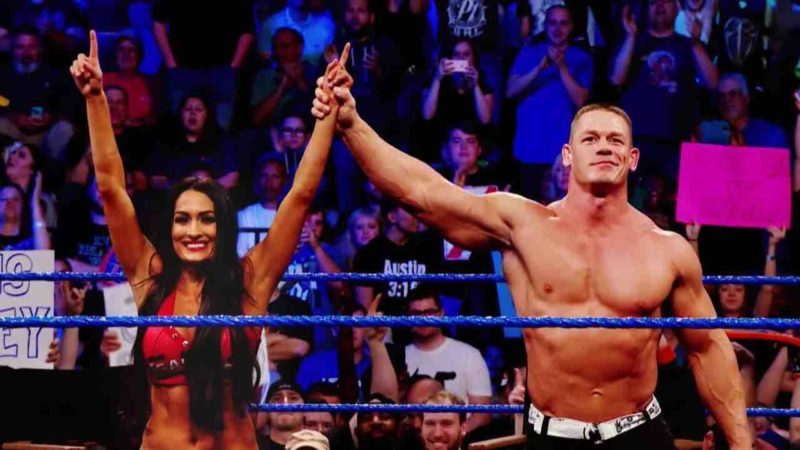 John Cena is returning to WWE on June 27th, and Nikki Bella is working on a WWE return project for A&E.

The former WWE superstar and her dance partner have been engaged since November of 2019.  Freddie Prinze Jr. talked about the latest Bella Twins production on his Wrestling with Freddie podcast as well.

“I just did this documentary for A&E about the Bellas and their debut and their contribution to the business and I don’t know who all they had on there but hopefully they got Finlay because he was sort of the champion for all of the women’s wrestlers back then when they were called up. I mean, this was the guy who was trying to let them do the same techniques and moves the men do, every single production meeting.

Hopefully, they get Freebird [Michael Hayes] on there because he was the one that ran into the room when we were about to lose them because Brie Bella called John Laurinaitis and was like, ‘Look, our contracts are up, either put us on TV or we’re gone,’ and Laurinaitis called Freebird and was like, ‘You gotta find a way to get the [Bella] Twins on TV, right now!’ and Freebird runs in the writers’ room and is like, ‘The Twins, we gotta get them on TV!’ And all the writers were like ‘What? Are we even allowed to watch the FCW tapes because you said I wasn’t’ [laughs].”