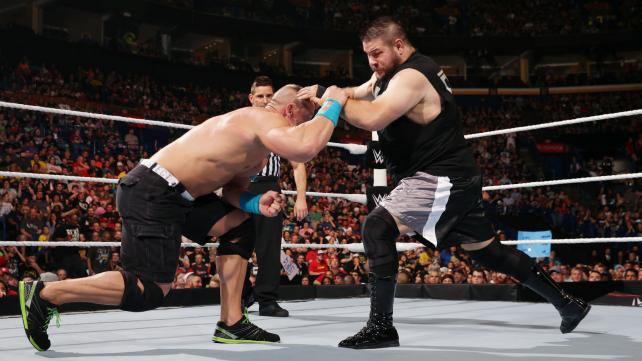 Update: WWE has pulled John Cena from Saturday and Sunday’s WWE live events as well as this Monday’s RAW.

Original: John Cena was originally advertised to take on Kevin Owens inside a steel cage at tomorrow night’s WWE live event in San Diego, CA but has since been removed from that advertisement listing.

Cena broke his nose in a match against Seth Rollins on RAW and we have a detailed recap of Cena’s current condition on the homepage.

This may be an early indication that Cena will not be wrestling at this weekend’s live events.