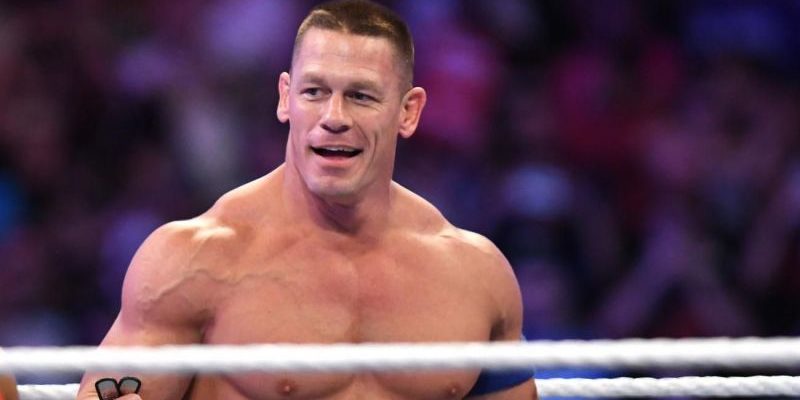 Over the years, the famous ‘You can’t see me’ catchphrase and the matching hand gesture has become a trademark of John Cena and it’s one of those things that come up in your mind as soon as you hear his name.

During a recent Q&A session at MegaCon in Orlando, Florida Cena talked about many things and the former World Champion also revealed the origin of the phrase.

According to John he didn’t know what else to say so he thoughts that if somehow he mastered a superpower then it will give him an advantage over his competitors:

I didn’t know what else to say. And I figured if I somehow mastered a superpower it would give me an advantage over all my competition. So, I worked in a sorcery type way to master the power of invisibility. The truth behind that story is my youngest brother dared me to do a dance similar to [the ‘You can’t see me!’ taunt] on television.

Continuing on the topic, the Cenation leader revealed how he modified a dance move for the gesture and then came up with the You Can’t See Me phrase afterward:

I’m a sucker for a dare and I didn’t want to blatantly rip-off the dance, so I just changed the move, and realized how ridiculous I looked when I did that, so I felt I should say something. And what came out was ‘You can’t see me!’ which was even more ridiculous.

Apart from this, John Cena also talked about making appearances on NXT like some other main roster stars and more. You can check out his comments in the video below: