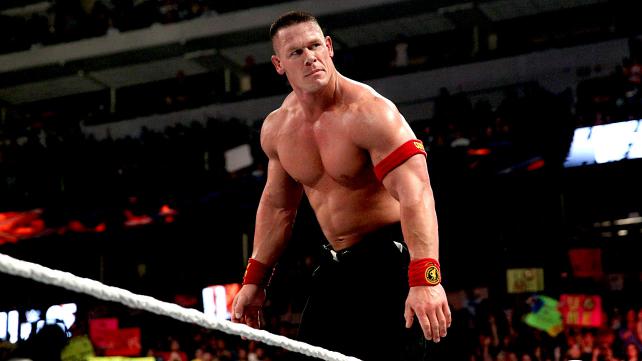 John Cena, who will be returning to WWE TV on Monday’s episode of RAW, spoke at the “Fast Company” conference on Wednesday in LA. During the speaking engagement, Cena stressed “authenticity” as the key driving force behind his mission to grow WWE.

“The reason that everybody wants to attach themselves to being authentic [is] because the word ‘authentic’ means, pardon my French, you give a s—. But ‘authentic’ is thrown around as ‘think outside the box’ and all the other b.s. we hear,”

“When I (came to WWE) in 2002, it was more like the Jerry Springer show and now it’s really a good family program. So I’ve had to change the tools in my toolbox and adapt to my surroundings yet stay authentic to myself. My experiences in the wrestling ring have set me up for what I’m trying to do outside.”

Cena also spoke about WWE’s PG TV rating and explained how he would love to be a bad guy, but understand that’s not his role in the show.

“As a 39-year-old adult, I certainly would love to be a bad guy or to push the limits of the broadcast, but that is not my job. My job is to work for a company that produces PG television and do the best I can. In redefining my brand, I’m looking for opportunities outside of the WWE because I realize I have to play within certain goalposts,” Cena said.

Cena also talked about wanting to expand WWE into China, the company’s business and much more. You can read a full recap of his appearance at the conference here.