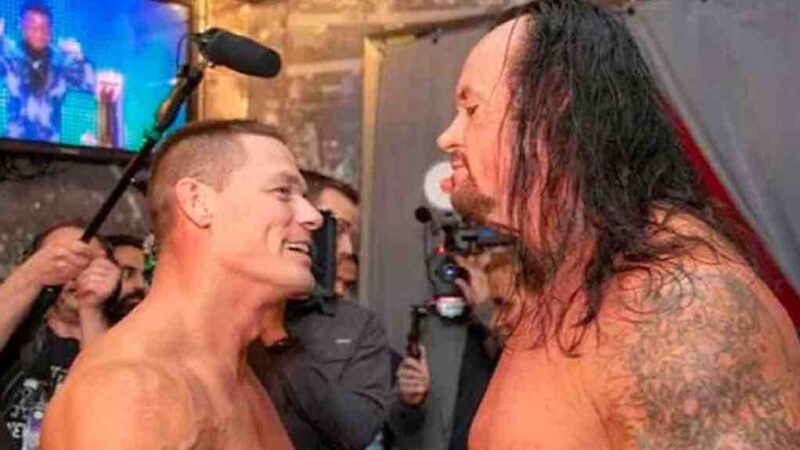 Finally, the event created and made popular by WWE’S rival, WCW, more specifically, created by the late Dusty Rhodes, makes it to WWE PPV. Dusty Rhodes was a wrestling mastermind, unlike his youngest son Cody Rhodes. Cody thought he was hot stuff earlier this year when he jumped ship from AEW and joined WWE. What a disastrous mistake that was. Unlike his older brother, Goldust, Cody is a nightmare. But back to War Games. It’s been over twenty years since WCW went off the air for good, but a couple more years prior to that since War Games was featured at a PPV – and we have Vince Russo, wrestling’s answer to termites to thank for that.

As reported by Ringside News, this year’s WWE Survivor Series: War Games will emanate from the TD Garden in Boston, Massachusetts on November 26th. This will be the first time Survivor Series will be presented with the War Games concept. And guess what? The Undertaker should hopefully be in attendance for the event.

According to a report by PW Insider, Michelle McCool, The Undertaker’s wife, is set to be in Boston this weekend. I wonder if she and the dead man have plans to be at Survivor Series? Odds dictate that yes, they will be. I’m not a betting man, and I don’t advocate that any of you bet either. Let’s just say, he’ll be there. After all, The Undertaker or Mean Mark, started his career at Survivor Series in 1990.

The Undertaker wrestled his last match against AJ Styles at WrestleMania 36 and was later inducted into the WWE Hall of Fame class of 2022 earlier this year.


Road Dogg said on his podcast about John Cena returning soon to WWE, “He can’t come back forever, you know what I mean? He’s only going to come back for a certain amount of dates because he’s got other career opportunities. So that would be great, you could bring Cena back. You put him over, you put him up for the title, and he wins the title. Yeah? It’s not possible because he’s not gonna be there. I got three dates. I can show up on the go-home, I can show up on the pay-per-view, and you got one more. So, sprinkle it in where you can, you know what I mean? Like that’s the deals that are made. It’s not ‘we got Cena, let’s do whatever we want.”