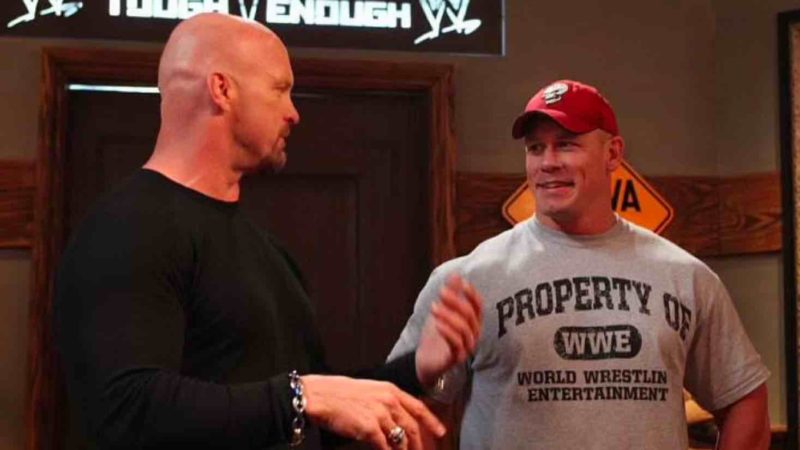 John Cena and ‘Stone Cold’ Steve Austin might be part of WWE WrestleMania 39. The Premium Live Event will be the biggest event next year on April 1 and 2 in Los Angeles, CA, with the tagline, ‘WrestleMania Goes Hollywood.’ Some are speculating that Cena and Austin could face off.

Although the event is still months away, there’s no doubt that WWE is planning big things for the show based on recent reports of who the company wants to bring back. It has been reported that the company is looking to bring John Cena in for a match at Mania. Should he return at the event, it would mark his first bout since SummerSlam 2021, where he lost to Roman Reigns.

There continues to be more smoke to the fire regarding the possibility of Steve Austin coming back for one more match as he is open to listening to offers for WrestleMania 39 following how successful his return turned out earlier this year, and the company reportedly offered him another match. The biggest get the company could have for this show is The Rock, as WWE is still hoping to have him come in for a match with Reigns. The possibility of that match happening comes down to his busy schedule.

WWE is also looking to bring in a lot of celebrities for WrestleMania 39. While speaking on today’s Wrestling Observer Radio, Dave Meltzer said that WWE considers it an all-hands-on-deck situation, which reflects the big plans the company hopes to accomplish.:

“It’s all hands on deck. They’ve got two nights of WrestleMania and there’s big money matches he can do. There’s a bunch of them.”