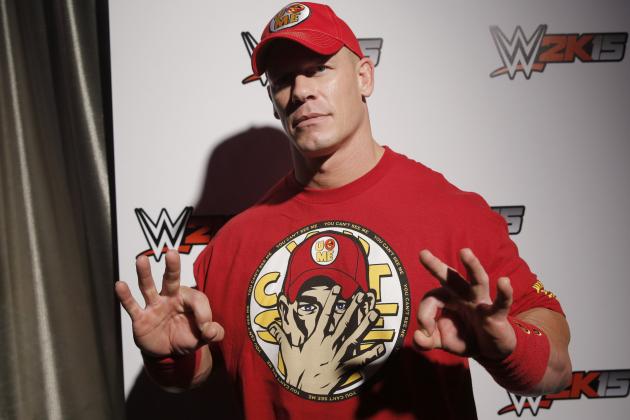 – WWE Divas Champion AJ Lee did an interview with Renee Young on last night’s RAW Pre-show and noted that Alicia Fox will be at ringside for Paige this Sunday at Hell In a Cell but she’s not worried. AJ called herself a one-Diva army with no friends.

– John Cena tweeted the following today about his match with Randy Orton at Hell In a Cell and WWE World Heavyweight Champion Brock Lesnar:

“I will survive Sunday. Twice. @BrockLesnar I’m coming for you and the title. #HIAC @HeymanHustle”