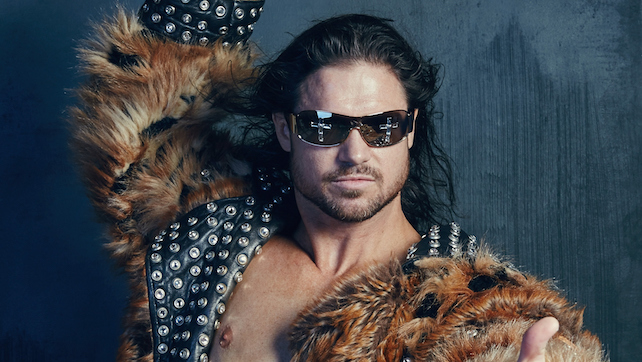 On a recent edition of The Art of Wrestling, former WWE Superstar John Morrison spoke about his WWE departure, lack of creative freedom in the promotion, whether TV exposure in WWE helped open doors in Hollywood, why he briefly ‘phoned it in’ post-WWE while performing on the independent circuit, and much more.

John Morrison (John Randall Hennigan) performed for WWE from the early 2000s until his departure from the company in late 2011. The 37-year old has performed on the independent circuit since 2012 and presently wrestles for Lucha Underground and Lucha Libre AAA (Asistencia Asesoria y Administracion) under the ring-name Johnny Mundo.

“I wouldn’t say I quit or was released. At the end of 2011, I just didn’t resign. I let my contract run out. They offered me a couple of things. They didn’t offer me what I wanted—I wanted to make a movie and I didn’t want to work 250 days a year.”

Besides, speaking on, what he feels is lack of creative autonomy that he was afforded during his run with WWE, he added-

“That’s one of the reasons I left. I was tired of just kind of being on that express train, whatever you want to call it, so to speak. It just sort of shoots forward and you have no creative autonomy, no control over your time, and there’s not much time for side projects or family and friends.”

“I was thinking with the TV exposure I had with WWE, and it’s kind of hard to explain to people sometimes how many countless hours you are on television when you’ve been on the road with WWE. I was thinking that was going to open doors, get me auditions, and get me into a lot of high profile roles. The thing that I didn’t take into consideration is that acting, like wrestling, is a skill. And, as many people are fans of wrestling that are going to be excited to meet you, talk about what The Undertaker and John Cena were like, there (are) a lot of people out there who are movie producers and casting directors who are not impressed with wrestling on your resume.”

Furthermore, Morrison aka Mundo revealed that he does not ‘phone it in’ while wrestling in the indies anymore. He asserted that the reason behind him not being able to give it his all to the independent promotions he wrestled for after leaving WWE was that he, self-confessedly, had been distracted as he was trying to get his Hollywood career going. He stated-

“Over the last couple of years, I went from doing independents to make money from looking at it differently. I look at it now as every show I have, I’m building my brand. I don’t phone it in anymore.”

Morrison is presently one of the biggest stars of LU and Lucha Libre AAA, and although he may disagree with WWE management as regards the creative freedom afforded by the company, this is after all the professional wrestling business. I, for one, would love to see the talented high-flyer return to WWE as a main-event star nonetheless, and finally get the credit and spotlight that he deserves in the world’s premier pro-wrestling organization.