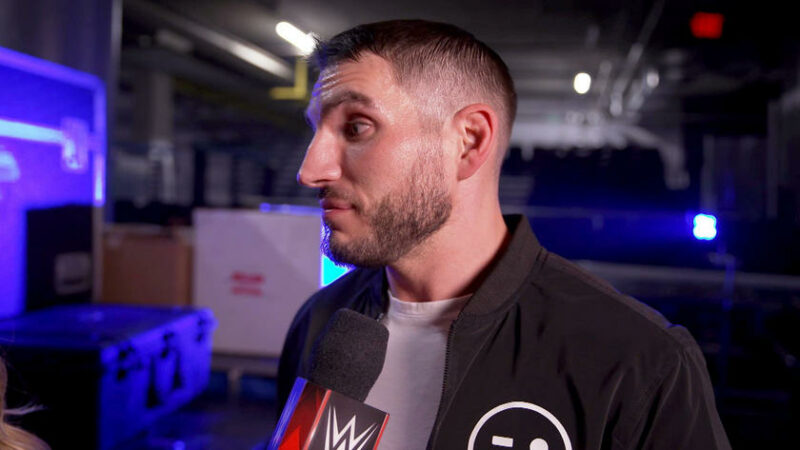 Leaving WWE earlier this year, Claudio Castagnoli returned to the wrestling world at AEW Forbidden Door where Claudio would defeat Zack Sabre Jr. Before that however, he was Cesaro in WWE and didn’t see a lot of success.

Recently Claudio spoke with INSIGHT with Chris Van Vliet and discussed the thoughts in his mind when he left WWE, referencing a Johnny Gargano promo from December 2021.

A lot of thought [went into it] actually. I felt for a while that I needed a change, and leading up to it there was a bunch of signs and a bunch of stuff that different people said that they did not even realise that helped me make up my mind. One of the things that just popped in my head was Johnny Gargano’s last promo in NXT where he said to bet on yourself. That was one of those thoughts where it was like yeah, he is 100% right. ‘Rather go out on your own horse…’ Is that even a saying? But it is now, I will tell you that now, put it on a t-shirt! But it was a lot of things leading up to it. I didn’t want to make a big deal out of it, because a lot of people do. When Cody left the first time, he made a list of people that he wanted to wrestle, and then after that everybody made that list. So, I just wanted to do it different, I am kind of against the grain a lot. Oh, someone is doing this? Let me try and do something over here. I felt that it was better that way because if I want to keep wrestling and then I pop up somewhere, it’s going to be a bigger surprise. I feel that wrestling is all about moments, and if I went ‘All right. I am leaving.’ Then people would have known and it would have been like oh he is going to show up somewhere or whatever. But if it’s quiet, then no one really knows what is going to happen and when it’s going to happen, that is the beauty of wrestling, you want to be surprised. Yes, you want to know, but you want to be surprised. To me that is a very important thing of you do know maybe, but there is always that doubt, and that is what makes magic happen.