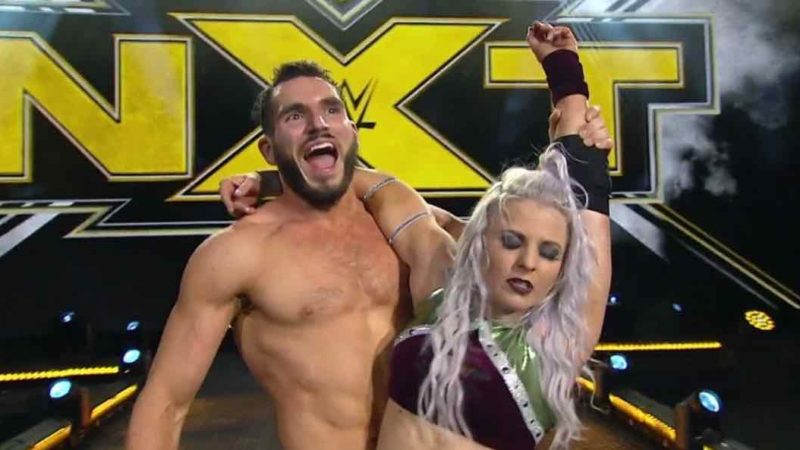 Johnny Gargano and Candice LeRae appeared on WWE NXT via video chat with Austin Theory, but they were missing from the live show likely due to the COVID outbreak in NXT, with led to some stars testing positive and others being forced to isolate due to exposure.

The kayfabe reason given is that they stayed home because they are confident that Theory would be able to defeat Dexter Lumis without their help.

Yell in a Cell tweeted, “Right now, we’re opening the night in matches with Dexter Lumis and Austin Theory. Theory was talking to Gargano and LeRae through FaceTime. Not saying they’re part of the outbreak, but if they are, hopefully they’re ok… #WWENXT.”

Wrestling Inc wrote on Twitter, “It’d be a fun down the line feud to have Johnny Gargano and Seth Rollins face off as a sort of Messiah vs The Way match of sorts.

Similar enough gimmicks that it’d be a fun main roster intro and even more fun feud to bring Gargano up with imo. Thoughts? #WWENXT.”

Fortunately for NXT, the two stars in their top feud Finn Balor and Karrion Kross were present on the show, and were able to set up their NXT title match at Takeover in a few weeks. Toni Storm has reacted to a fan telling her to ‘lose weight.’

Johnny Gargano & Candice LeRae stayed home because they are confident that Theory will be able to defeat Lumis without help. pic.twitter.com/AcYW21Ppce