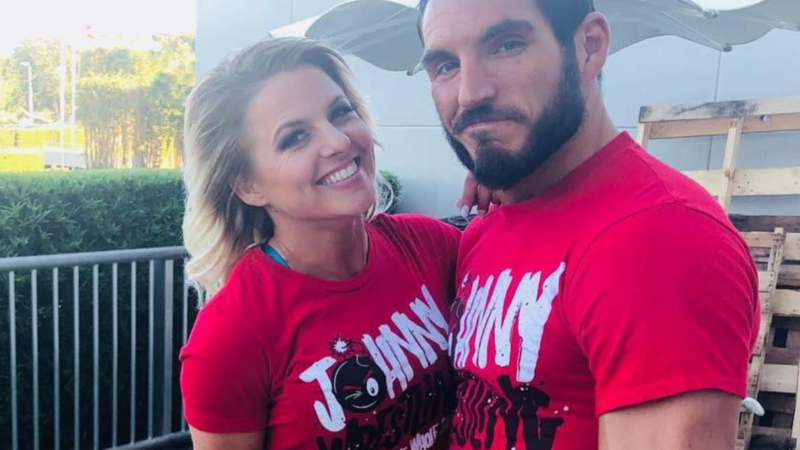 WWE NXT currently features Johnny Gargano and Candice LeRae established as a power couple. Gargano naturally treasures working with his wife, and as top heels on NXT, they are featured regularly. However, Gargano did admit that he and Candice LeRae were planning on having a baby eventually, and when that time came, his wife will not be able to work.

Gargano talked about how his wife would not be able to wrestle for a while as a result of having a baby. Instead, he suggested an alternative that he was eager for, but seems rather an unlikely solution.

During his recent interview with TV Insider, Gargano said that he wanted to be pregnant so that his wife could work, which is a physical impossibility at this point in time.

“We’re always kind of paired together, but not really. We kind of had on the indies a little bit, but we were never officially together as an act. I feel like now we’re getting that chance. Just from the real side of things, the fact is eventually we are going to have a child whenever that may be. When it happens, unfortunately, the way things work out Candice would not be able to wrestle while she is pregnant. That’s just the way things go. You see what happened with Becky [Lynch] and women in general. I would love if I could get pregnant. Candice could keep wrestling and I’d stay home and it’d be great.”

Johnny Gargano clarified what he said on Twitter. He said that he wanted to be the pregnant one so that his wife could continue wrestling.

In his time in NXT, Gargano has had several amazing matches. With rumors of Gargano making the jump to the main roster, he appears to be happy in NXT.