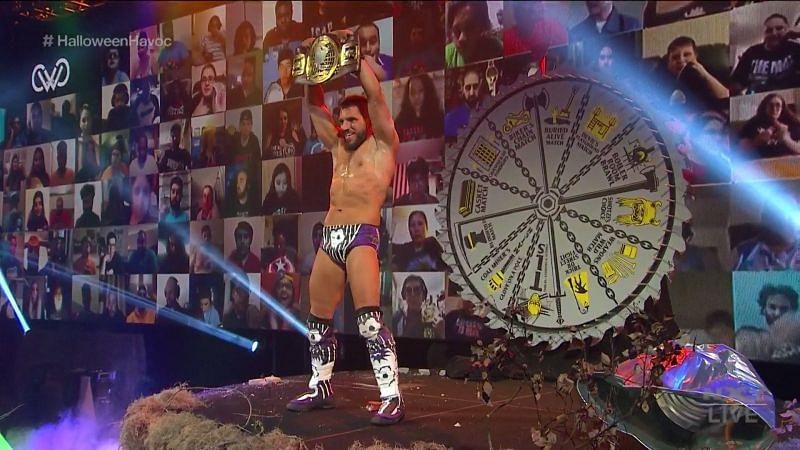 Damian Priest defended his NXT North American Championship against Johnny Gargano to kick off NXT Halloween Havoc. After spinning the wheel, it was revealed they would compete in a no DQ falls count anywhere match.

It was a very brutal battle from start to finish as both Superstars beat each other down and fought all over the Capitol Wrestling Center.

The closing moments of the match saw Damian Priest taking a horrific bump off the stage, which allowed Gargano to get the three count. Thus, Johnny Gargano is the new NXT North American Champion.