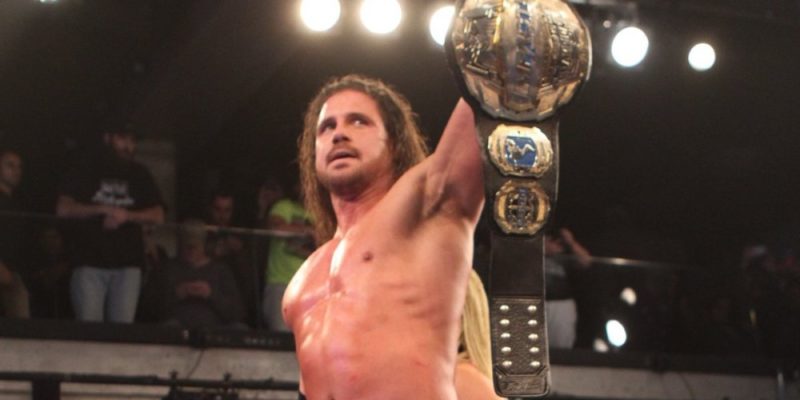 Impact World Champion Johnny Impact was interviewed by TV Insider. Among various topics of discussion, he talked about IMPACT’s move to the Pursuit Channel, desire to face ROH World Champion Jay Lethal, what he thinks is better in IMPACT than WWE.

What he likes in IMPACT better than WWE:

It feels like a collaboration between the talent and the office. Creatively, artistically, it means more to be part of this organization where we’ve got a hard-working group of people working for something as opposed to being a cog in someone else’s machine.”

On IMPACT moving to the Pursuit Channel:

“There are a lot of positives. The demographics of the Pursuit Channel hits a lot closer to home than our demographic on Pop TV. Anthem owns Impact and is part owner of Pursuit, so it makes sense because we know we’ll have the support of the network. It really feels more like we are betting on ourselves as a promotion. We’re betting on ourselves continuing the trajectory that we’ve started in 2018 upward and ideally expand the viewers of the Pursuit Channel. Then, who knows? Other options may present themselves for another move at some point. But for now, I feel like it’s a smart move.”

“Madison Square Garden would be a pretty awesome place to have that match. And it would be the first time ever two world champions from two major promotions have a match like that. I feel like the way wrestling is right now and shaping up, it feels like the kind of thing that should happen in 2019. Jay and I are pushing for a match because we respect each other as wrestlers with what we’ve done in the business. I’ve never had the chance to wrestle him one-on-one. Now in our primes, and we’ve both achieved so much on separate tracks, that it’d be cool to have that collision happen.”