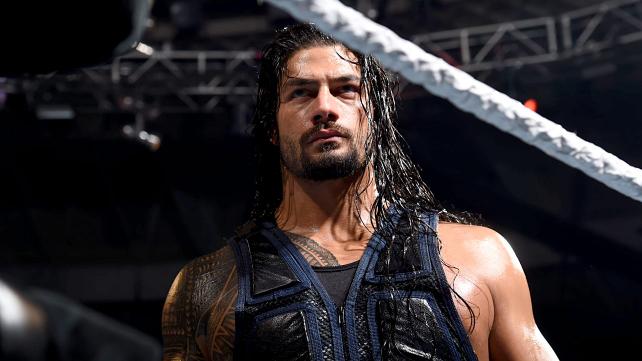 Filmmaker Jon Bravo has been working on a documentary over the past three months that would rock the wrestling world and Hollywood. Bravo stated that he had proof of, not only Roman Reigns, but also John Cena, Brock Lesnar, and even Stone Cold Steve Austin buying steroids and/or HGH. He has also accused Mark Wahlberg and Josh Duhamel of being involved as well.

After the release of the video today, which can be seen on his YouTube channel here, Bravo has added more names to his list, including Sheamus, Jinder Mahal, and even former Tough Enough winner Daniel Puder. Puder, specifically, was working with Rodriguez and was paid $200k for every celebrity he brought in.

However, Bravo showed little proof, stating that the texts needed to validate his claims were still in possession of the DEA. When it comes to Reigns, Bravo said that he can do nothing else without proof of communication between Reigns and Richard Rodriguez, the mastermind behind the WFN Steroid Ring.

Jon Bravo left the following statement in the comment section of his video.

**To add.. I AM A ONE MAN TEAM. I do this alone, with no help not even a person reviews it but myself. Yes there are spelling errors.. When you are rushed by 1000’s to make a video of this magnitude in this amount of time and work there will be errors.. I am human********Also since no matter how many times or ways I say it but there IS EVIDENCE on Reigns but without some key texts to match the orders I WILL NOT DISCLOSE IT.** Just wanted to tell everyone that I am going to be taking some time away from youtube to focus more on the WFN Film and other feature film opportunities that I have been given. I pour my heart and soul in these videos and feel that most do no understand what I am doing here. I was never a wave around your hand and “Film with a cell phone” guy. I wanted to do something that was different that not everyone has the patience to do, however I learned that this generation doesn’t really know whats involved in making these types of videos and they want more instant gratification. I believe in quality and always will. As I have said many times in the past, I do not make money on youtube and have only spend thousands on gear and countless hours of learning and editing to learn this craft. Saying all that, I appreciate everyone even the people who hate, it’s the people who hate that got me where I am today.

So Jon Bravo will be leaving the spotlight for a while to continue to work on this case and his documentary. For those of you hoping for this video to ruin the main event of WrestleMania 34, we’re sorry to burst your bubble.

However, the video did provide some evidence linking the trainer of Sheamus and Jinder Mahal, Chris Cavallini, to the case. This does not prove that either man took or personally ordered the steroids through Cavallini. John Cena’s former trainer, Jesse Burdick, also spent over $40,000 dealing with Rodriguez and WFN, using the alias “Jesse Ventura.”

The question is, did these men order the products for the clients named above? This, supposedly, will also be revealed within the next few videos that Bravo releases, whenever that may be.