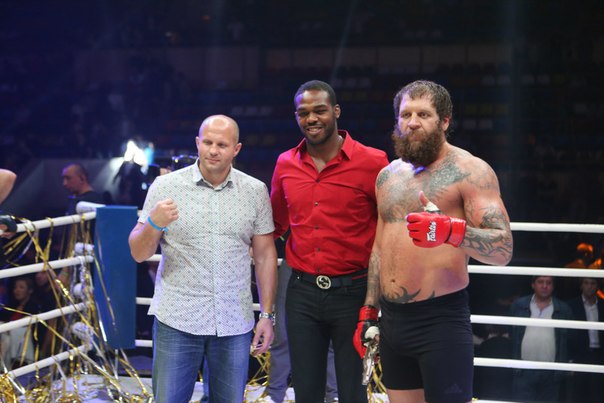 Fedor Emelianenko will return to Bellator for a fight in Russia on October 23rd, and UFC fighter Jon Jones made his thoughts known in two tweets.

A fan told Jones, “Hope he wins but he’s gotten fairly old now so I’m kind of worried for him.” Jones asked, “Who is he going to be fighting?”

Emelianenko said he has two fights remaining on his Bellator contract. Asked about his future beyond the next fight, he said the followup fight will be in the U.S. or Russia.

“In 2012, I had a couple of injuries that were not letting me perform as well and I thought I was done for good,” Emelianenko said. “But now I’m ready and I understand that my career isn’t going to be lasting for too much longer, so I wanted to make the best of it.”

Ariel Helwani broke the news yesterday, tweeting, “Fedor Emelianenko is expected to announce tomorrow that he is returning to action later this year, sources say. Opponent TBD. Slated for October. The 44-year-old legend hasn’t fought since his December 2019 win over Rampage Jackson. Presser set for 11 am et.”

WWE Blame Big Name For Money in the Bank Disaster