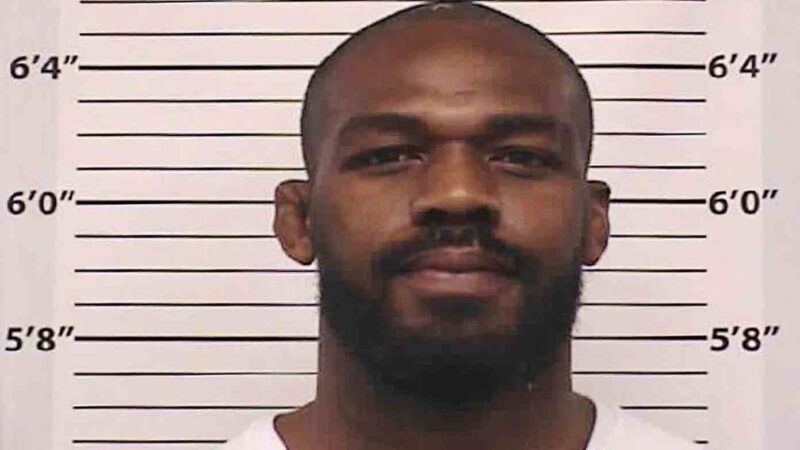 Jones posted a throwback picture of BJ as a puppy at just 12 weeks old, followed by a picture of his canine friend in his twilight years with a caption that read:

“Rest easy BJ, thank you for all those amazing years.” 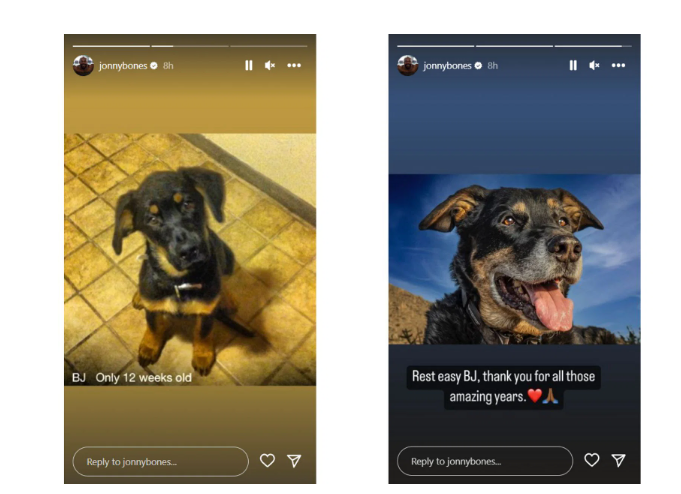 BJ was a German Shephard Rottweiler, who was trained to show off some impressive tricks. Jones even posted this video of BJ in the dog park with the caption calling BJ, “My son.” Jones also owns another German Shephard named Dutch. Both dogs seem to have been extensively trained and well disciplined, judging by the former UFC champ’s social media posts.

Jones had built a record-breaking tenure at 205 pounds before relinquishing the title in 2020 ahead of a planned move to heavyweight. After becoming the youngest UFC titleholder in history with a victory over Maurício Rua in 2011, “Bones” went on to become the longest light heavyweight reign in the promotion, as well as the most consecutive wins and title defenses in the division.

However, Jones has entailed in a failed multiple drugs test controversy. And despite all of his four indiscretions being cleared of intentional wrongdoing by official bodies, with conclusions ranging from a contaminated supplement to non-performance-enhancing amounts, many still place the test failures as a stain on Jones’ MMA legacy.