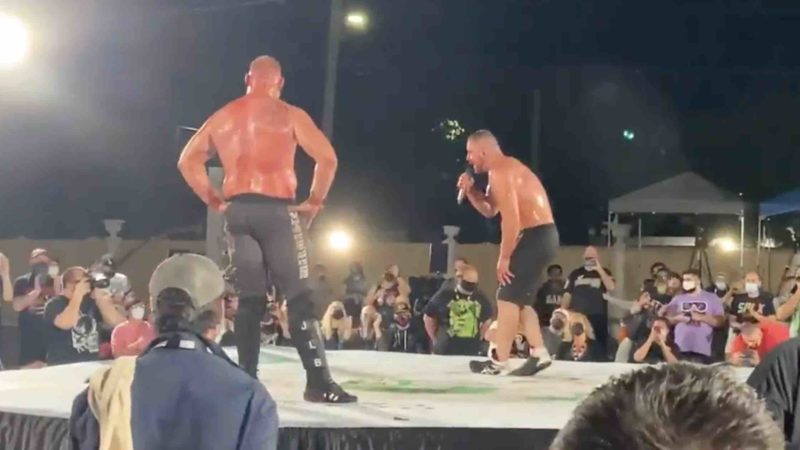 Jon Moxley suffered his first clean loss since leaving WWE to Josh Barnett at Bloodsport on Thursday night, and after the match he said to Barnett, “Let me grab the mic, because people paid to see me, motherf**er.” A Jon Moxley Match ‘Angered’ A Top Smackdown Star.

Moxley then broke character, uniting with Barnett to thank the fans for coming. Moxley also said, “Win, lose, or draw, we aren’t about catchphrases. I’ve been trying to come up with one for 10 years, and I haven’t come up with shit.”

Jon Moxley recently encouraged Christian Cage to sign with AEW.
“Moxley is a good friend of mine, and he was saying, ‘You’re a free agent; you should at least have a conversation with Tony Khan,’ ” Christian told SI. “So I did.”

Christian did talk with WWE before signing with AEW, “There were some cordial talks, and I can’t really elaborate beyond that,” he said. “I’m not sure where their heads were at creatively.”

Cage enjoyed his conversation with Tony Khan as they negotiated.

“Listening to the things Tony thought I could bring to the table and how he thought I could help, providing me the right platform at this stage in my career, it all made sense,” he told Sports Illustrated. “In less than a week, it was a done deal.”