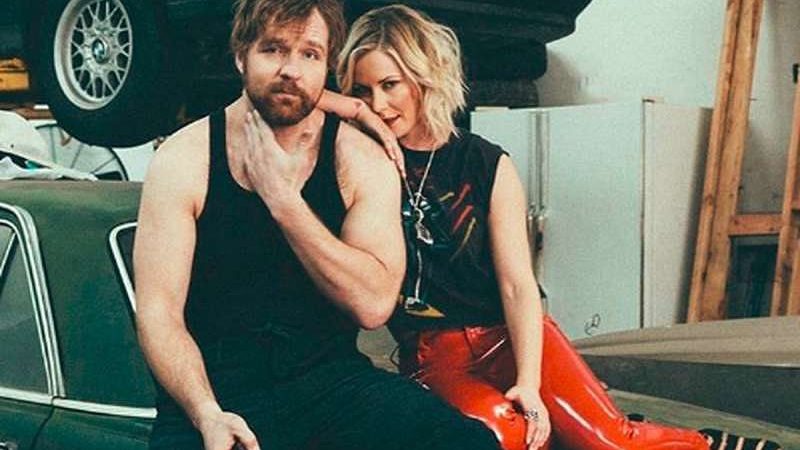 Jon Moxley discussed his favorite time to be intimate with his wife Renee Young on AEW Dynamite tonight. Wrestling-Edge transcribed some of Mox’s remarks.

How is that going to work? I don’t think that’s going to work. Always drama with The Elite guys, it’s like an episode of The Young and The Restless over there.”

He later added, “I’m a simple guy. I like my beer cold, my coffee hot, my water at room temperature, I like to have sex in the morning because it’s a good way to start the day. In a business where the only person you can trust is number one.

I don’t overcomplicate things, I trust my right hand and left hand. That all being said, I love a good six man tag, so Pac and Fenix, saddle up compadres. This is fun, gang warfare.”

I guess we know when Moxley and Renee conceived their child! Not very TV PG, that’s why we love AEW!

.@JonMoxley understands the circumstances involved.
But, at Beach Break next Wednesday – a fight is still a fight.
WATCH #AEWDynamite Wednesdays at 8e/7c on @TNTDrama pic.twitter.com/Rbb789zknA