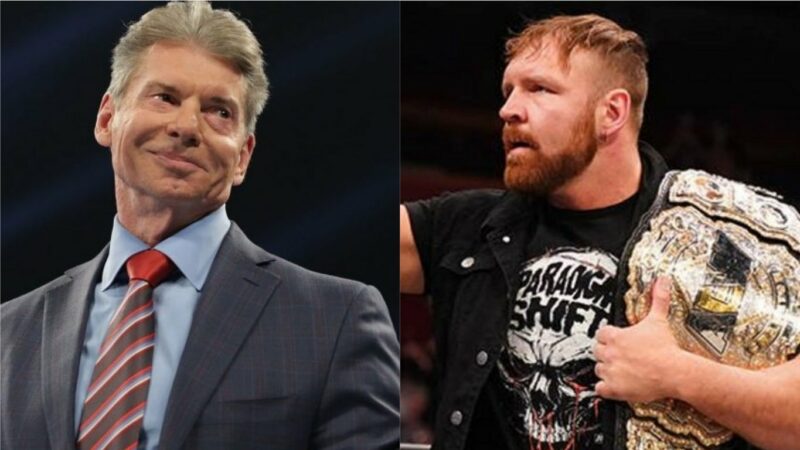 AEW star Jon Moxley has some affinity towards the hardcore aspect of pro wrestling. He has displayed the brutal and merciless side of him after joining AEW. He recently revealed which type of match his former boss Vince McMahon would be disgusted with.

Moxley has aligned himself with the top brawlers of pro wrestling, William Regal, Bryan Danielson, and Wheeler YUTA as they formed The Blackpool Combat Club. Mox’s WWE stint is in the history books now but he recently talked about one of his matched that he thinks Vince McMahon would disapprove of.

Speaking on The Sessions with his wife Renee Paquette, Moxley discussed his I Quit match against Eddie Kingston and said that even though he believed it was a great match, it ultimately would be something his former boss would’ve hated:

“WWE, they tell you a lot of stuff, you got to do this and that and this is the way it needs to be done. There’s all this stuff that’s just wrong. This is like totally wrong and is demonstrably wrong now with AEW on a national level, you know what I say? ‘Oh, you were doing too much or you’re not selling! Grab a hold.’ You know all this fucking sh*t.

Like, there’s so many matches I have now that like that I literally couldn’t do in WWE. Vince would just flip his lid, for instance like I don’t know off the top of my head like me and Eddie vs. The Young Bucks, great match, guarantee Vince would hate it. He’d be like, ‘Oh, you’re not selling you’re doing too much,’ or whatever.”